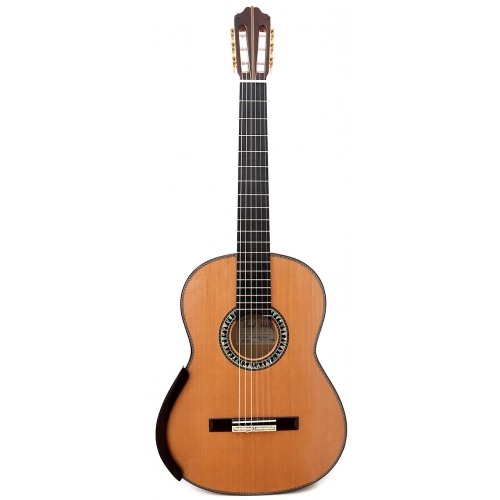 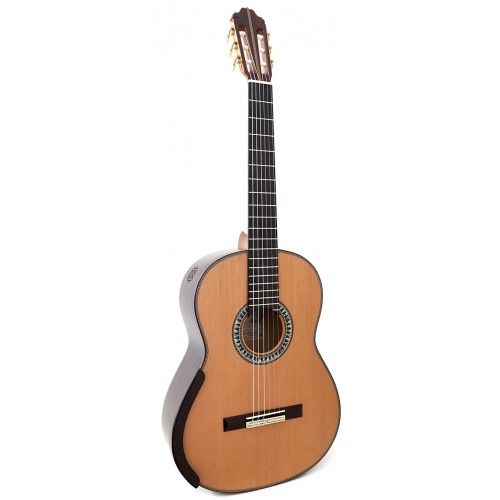 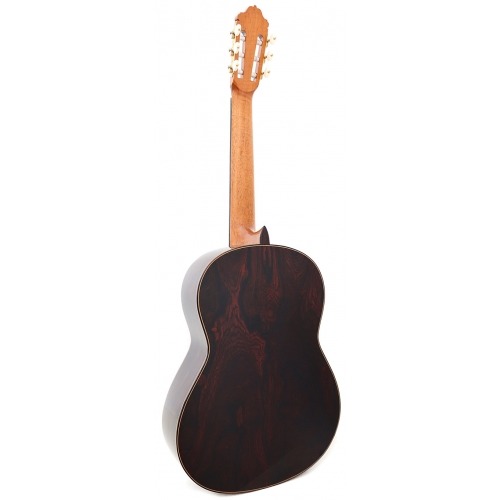 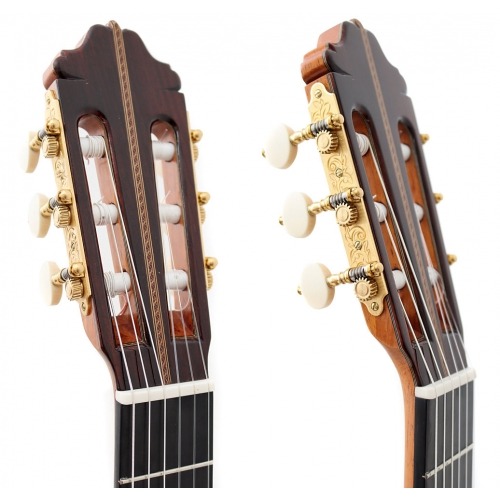 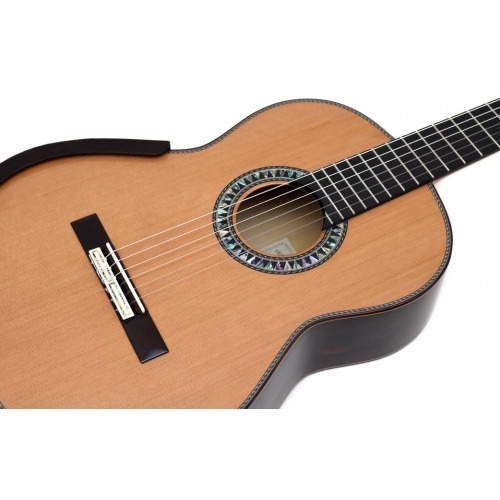 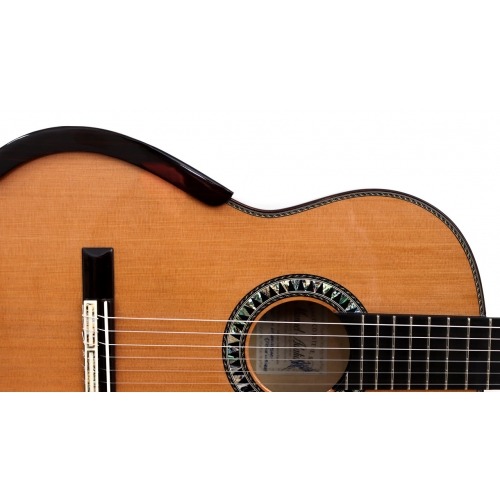 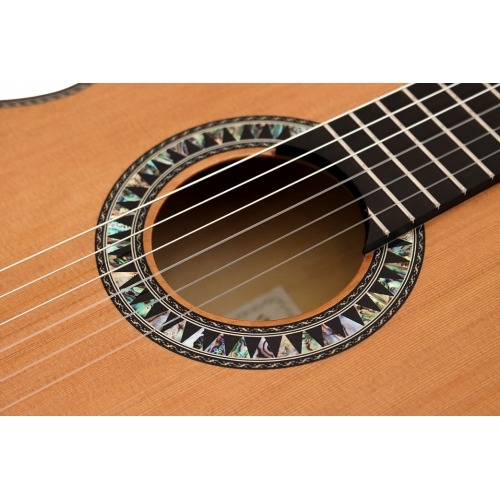 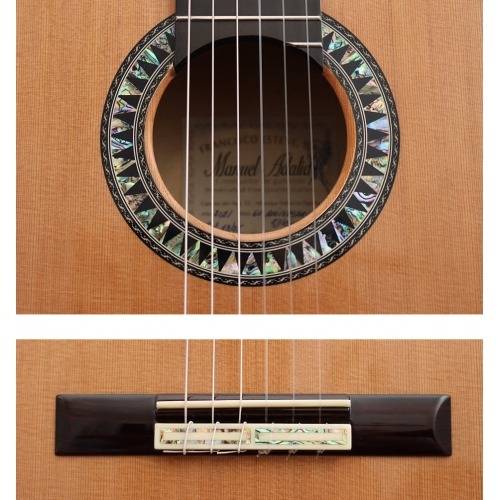 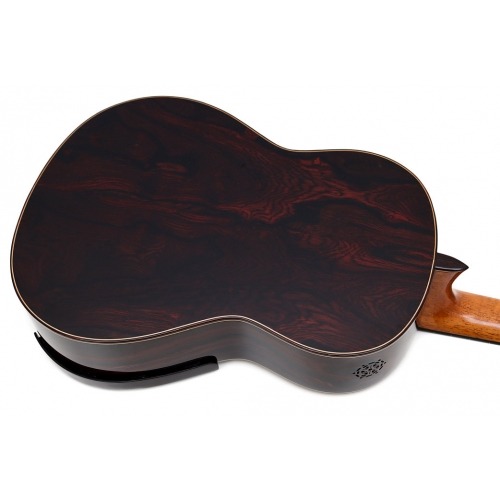 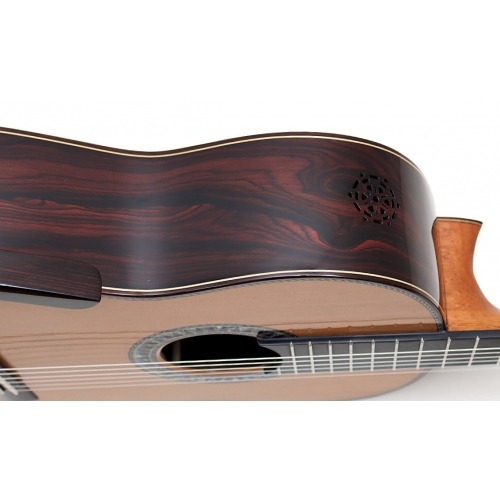 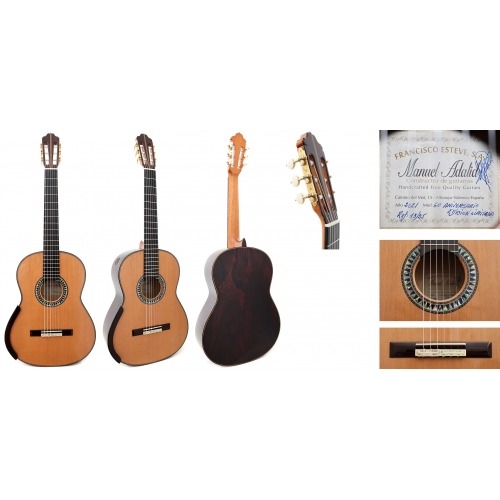 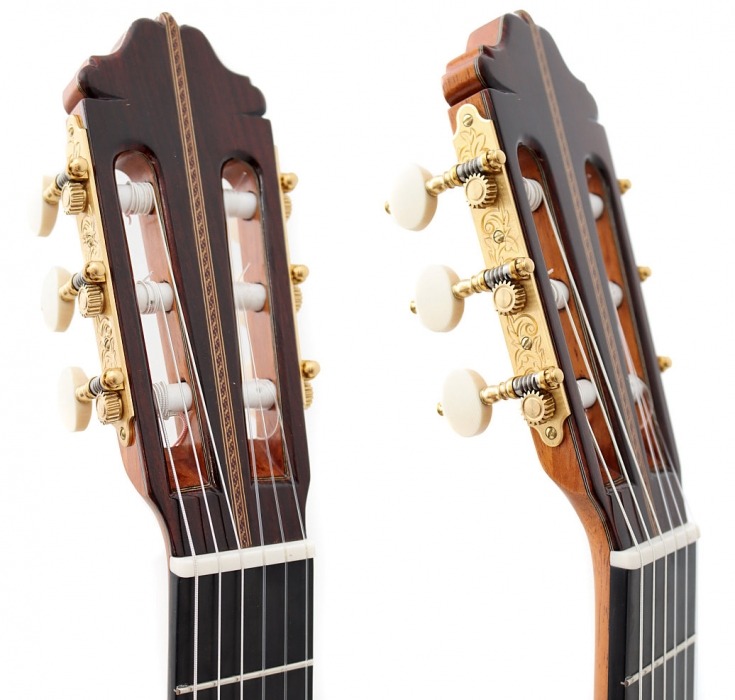 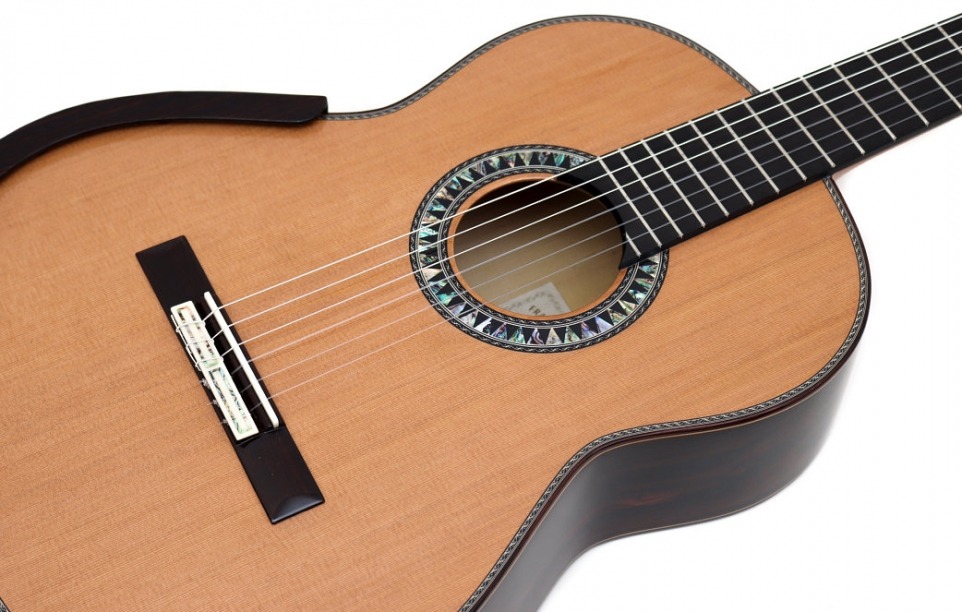 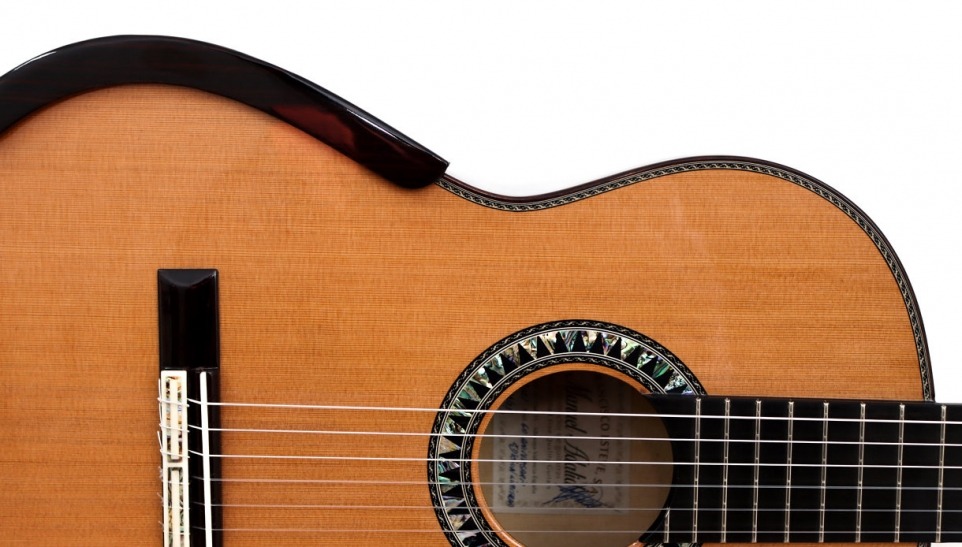 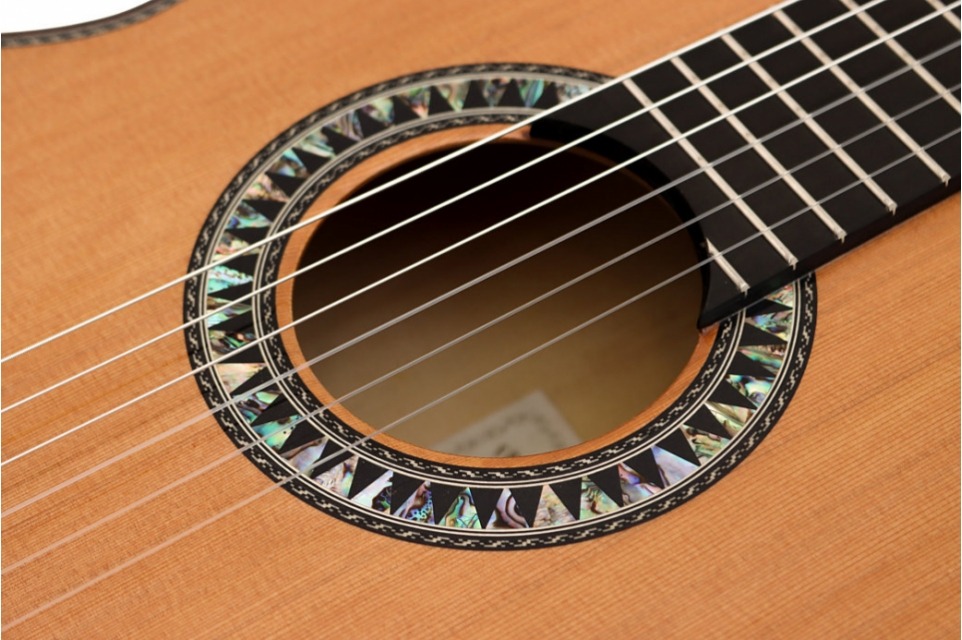 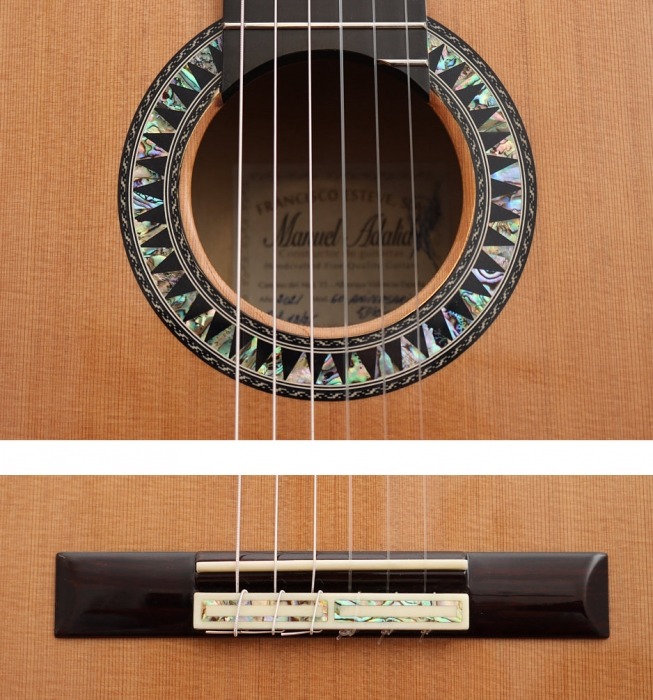 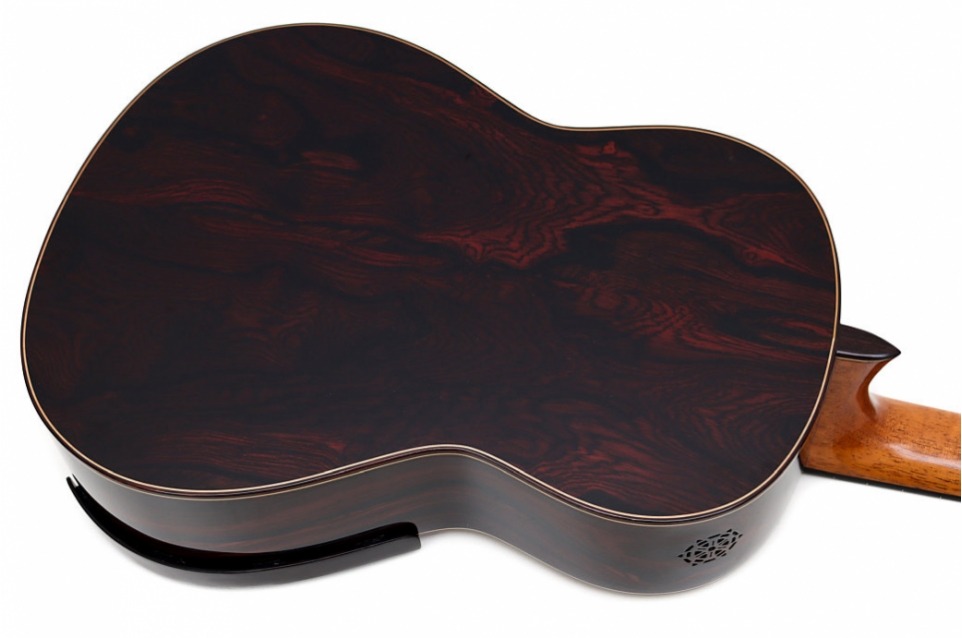 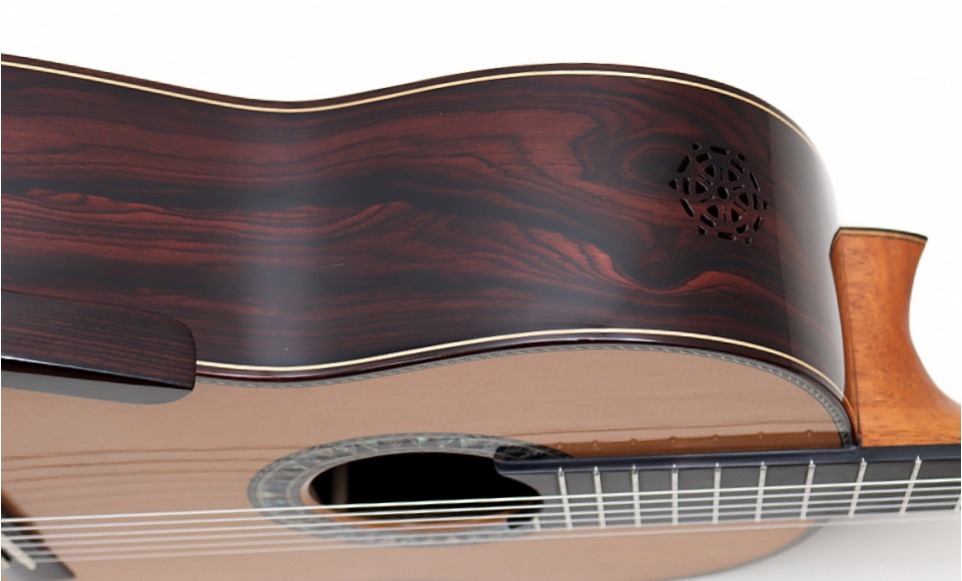 This 60th Anniversary Limited Edition model is featured by its Double Top and its Lattice system, which provides extra power and projection at the level of the best German Double Tops.

Compared to the standard 60th Anniversary model, this new model offers from the first note a higher level of power and projection, especially required for guitarists who play in groups or accompanying singers and other instruments.

This extra power does not detract from the sound quality, which still maintains the same tonal quality as the standard model.

The sound portal practiced in one of its sides offers an additional sound flow, which the interpreter appreciates it.

The side armrest offers greater comfort for supporting the arm, while not subtracting projection to the soundboard. It is a removable armrest, which can be easily removed if the guitarist wishes.

In short, this Limited Edition offers the same sound quality, sustain and harmonics as the 60th anniversary model, but brings more power and projection, ideal for guitarists playing in larger stages or accompanying other musicians or singers.