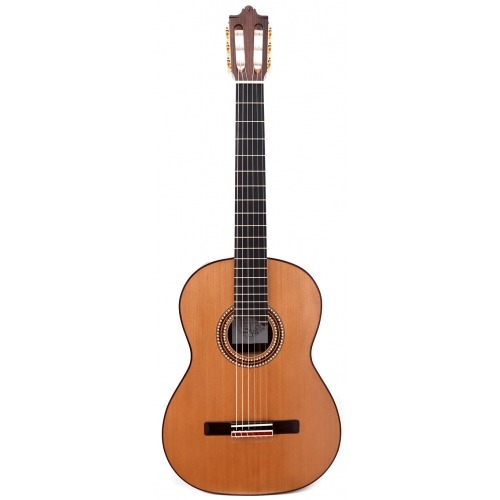 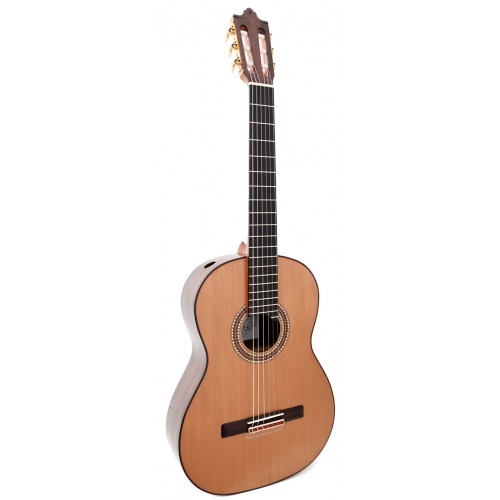 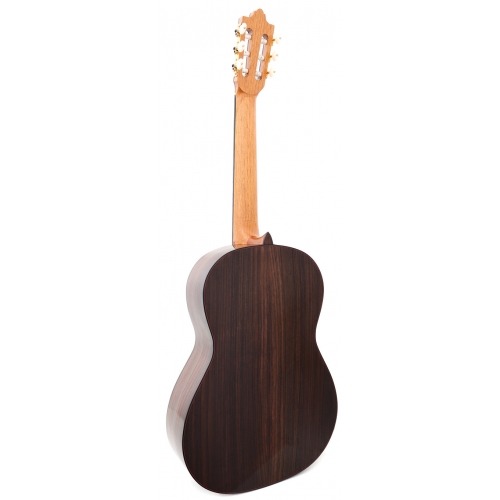 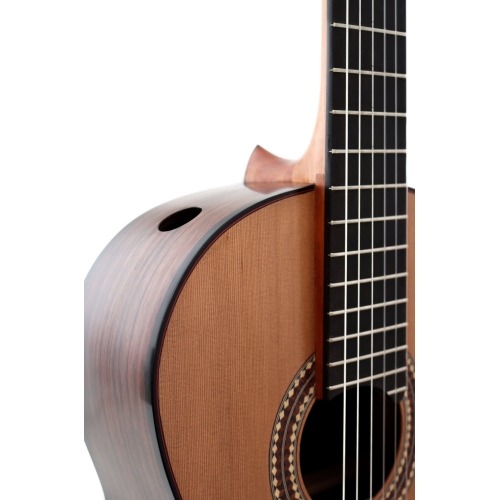 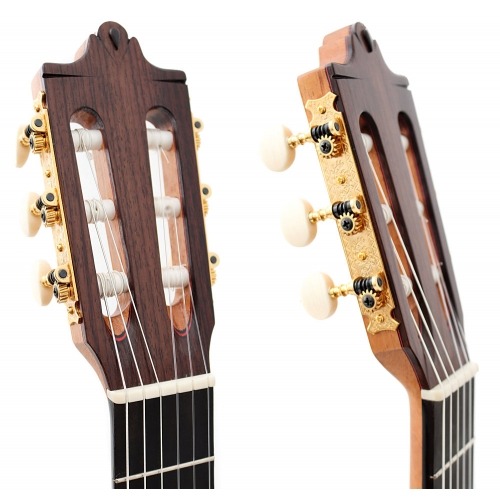 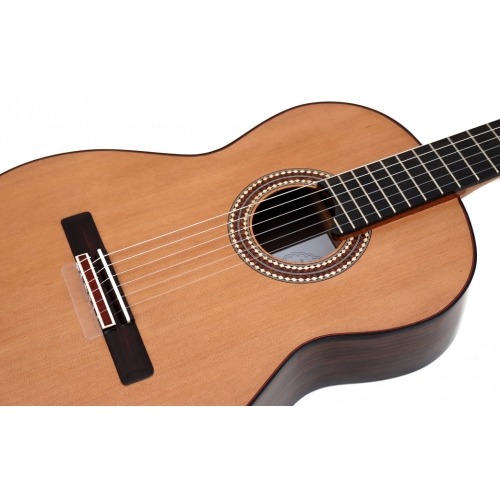 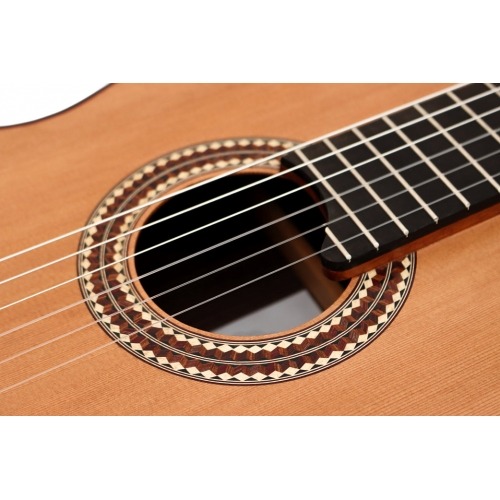 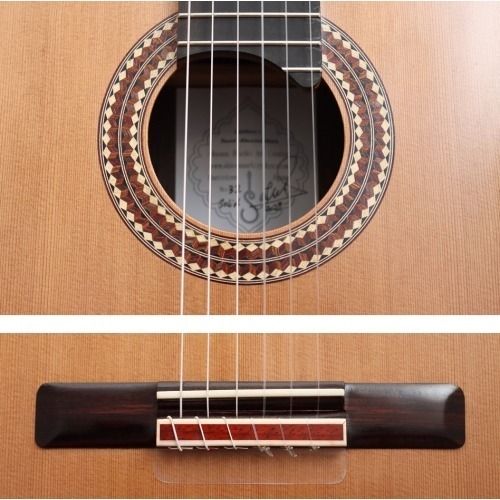 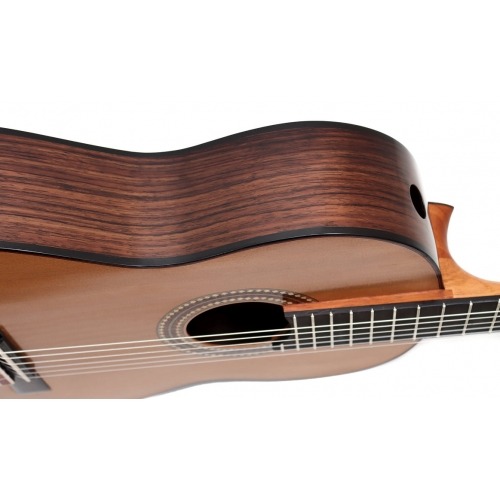 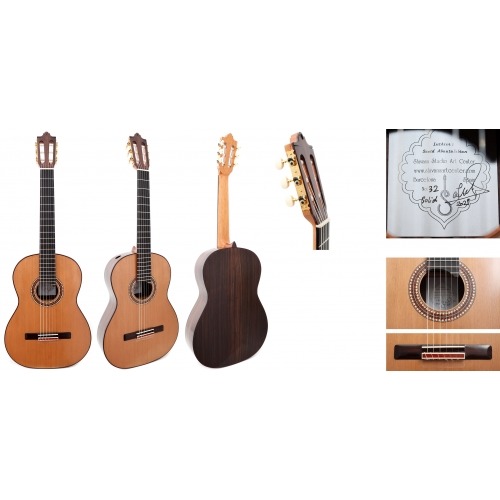 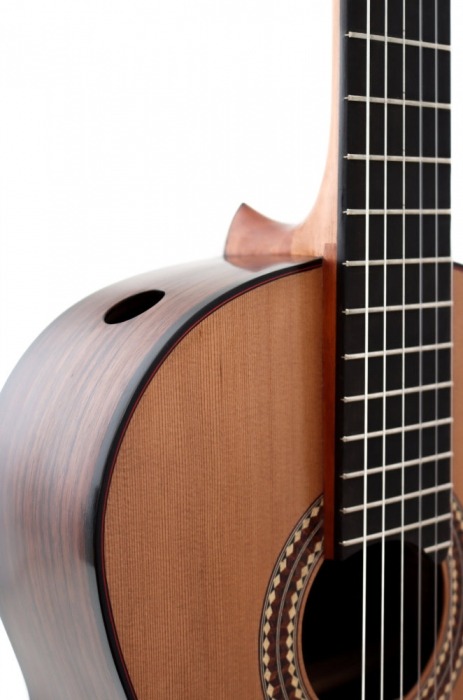 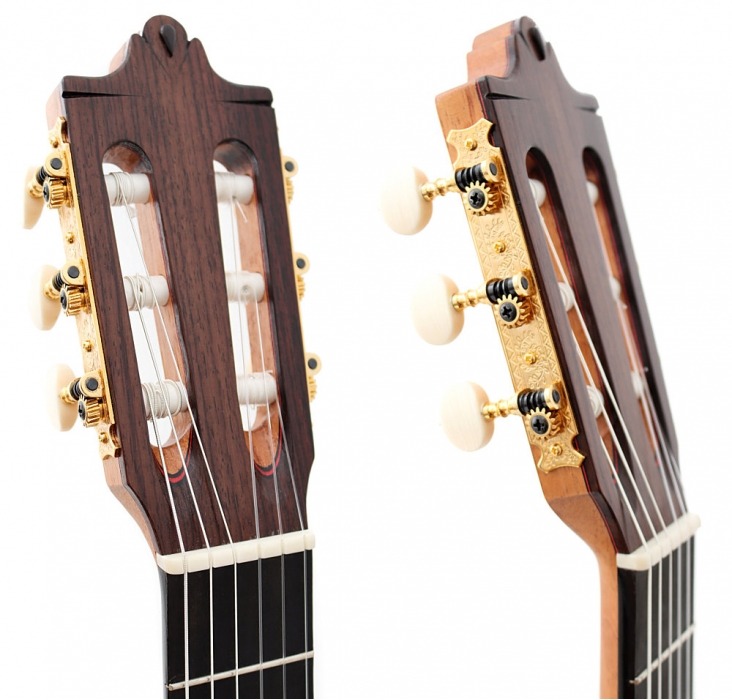 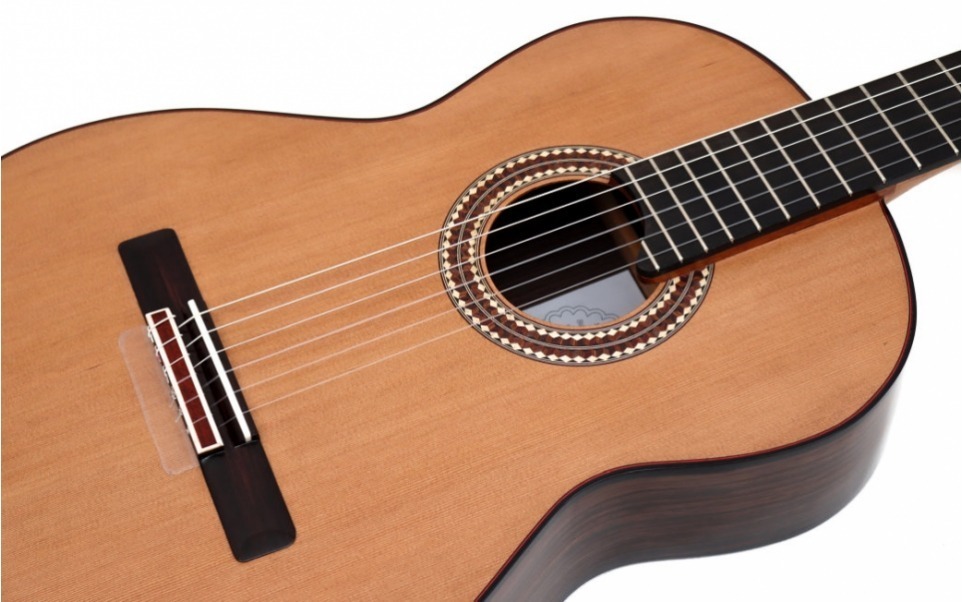 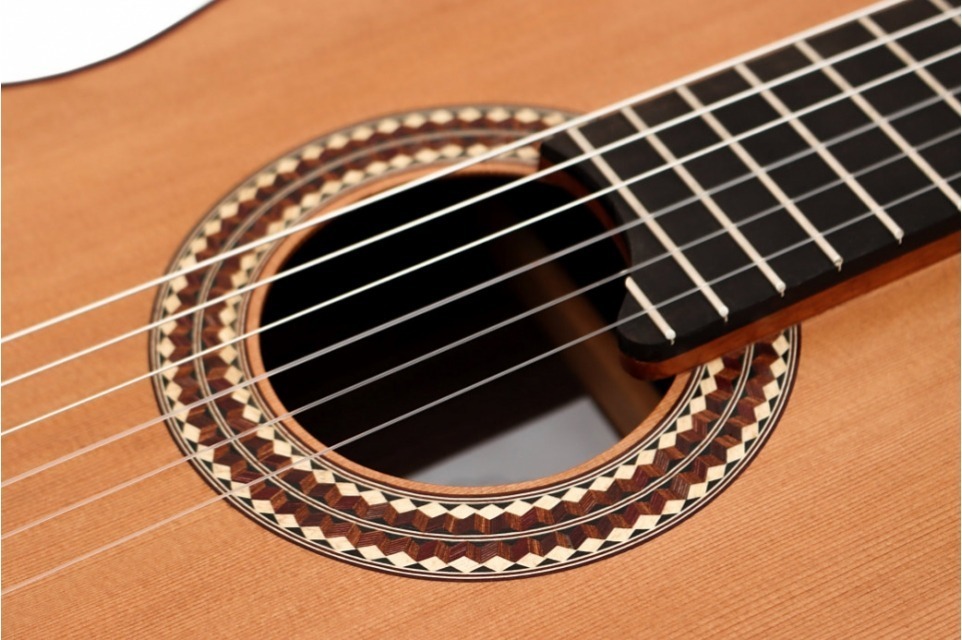 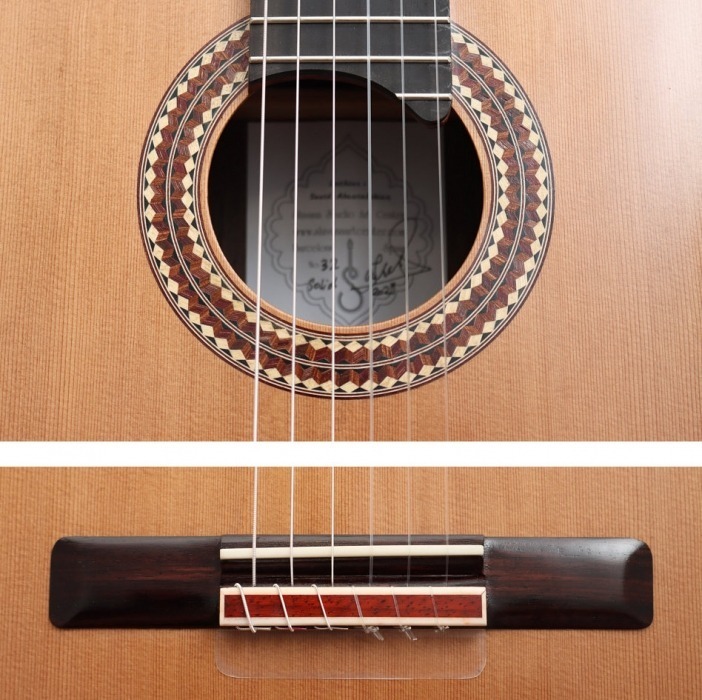 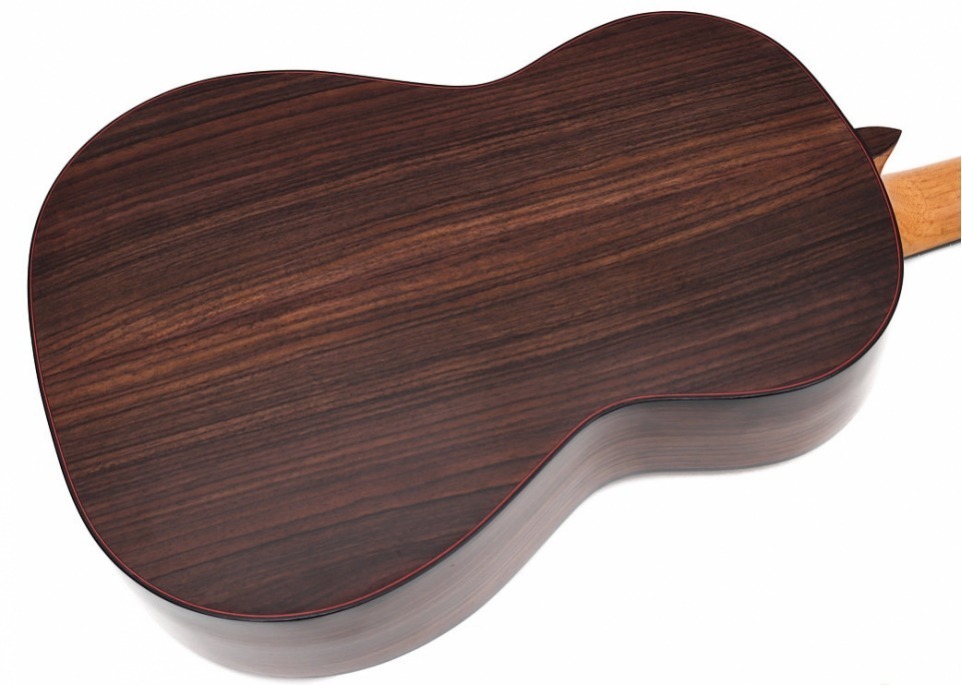 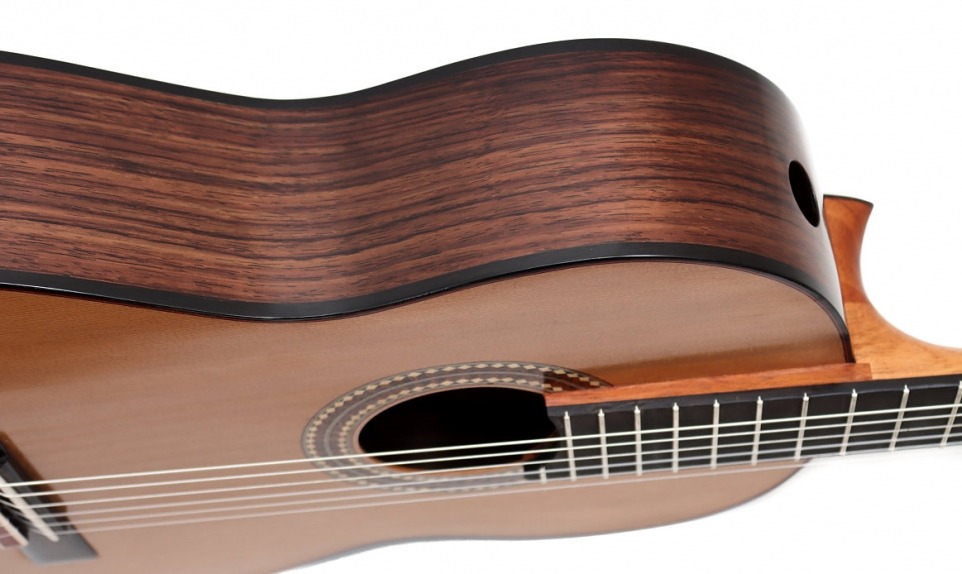 Concert guitar made by Iranian luthier based in Spain Saeid Abautalebian.
Saeid is an experienced luthier who has been making traditional instruments from his country for years, as well as classical guitars.

In addition, this guitar offers a raised fingerboard, which facilitates the playability of the highest notes. It also has a small sound portal on the side, which helps to amplify the sound and projection and provides the guitarist with extra power, increasing security and sound when he plays together with other musicians.

In short, it is a good concert guitar, which surprises with its projection, sustain and richness of harmonics, and which also offers a very competitive price in this category.