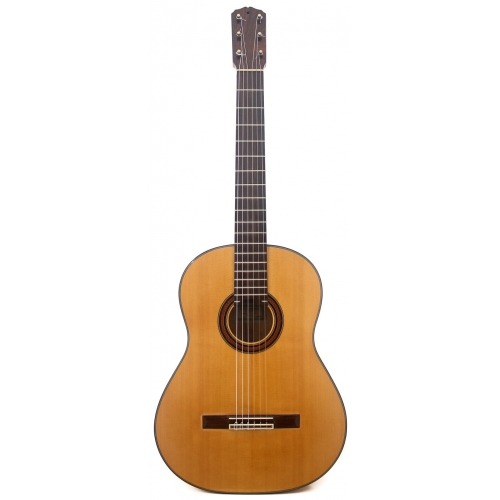 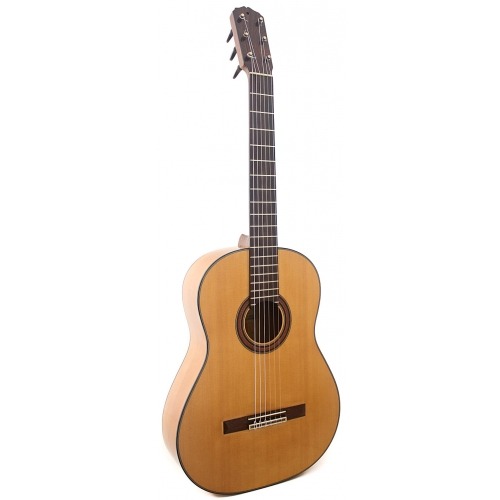 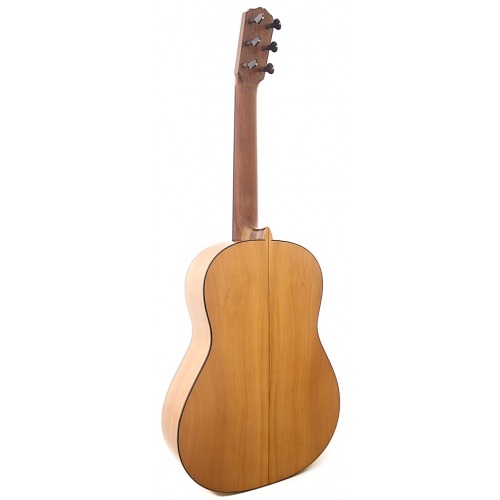 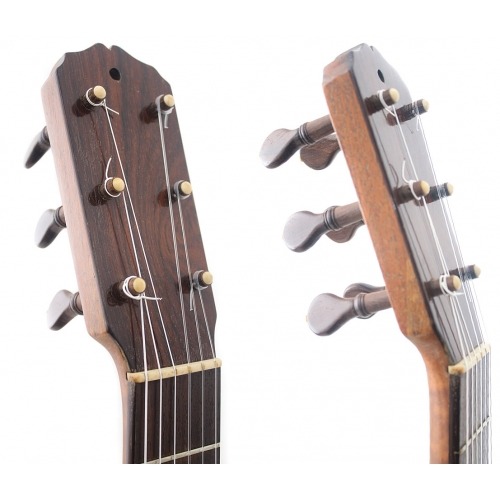 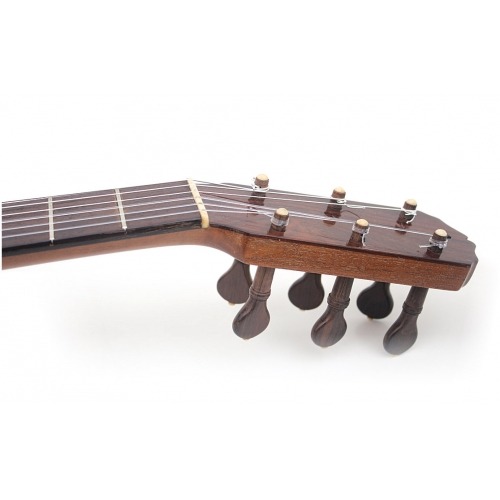 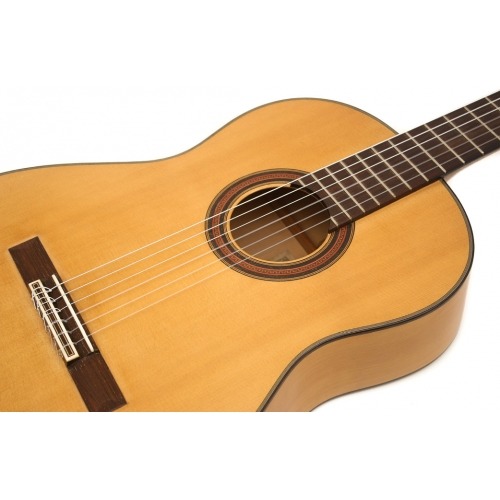 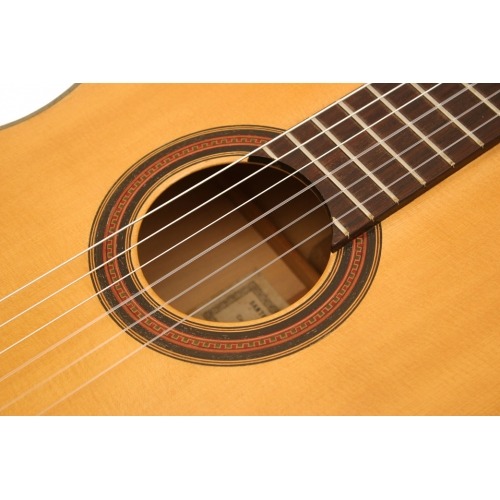 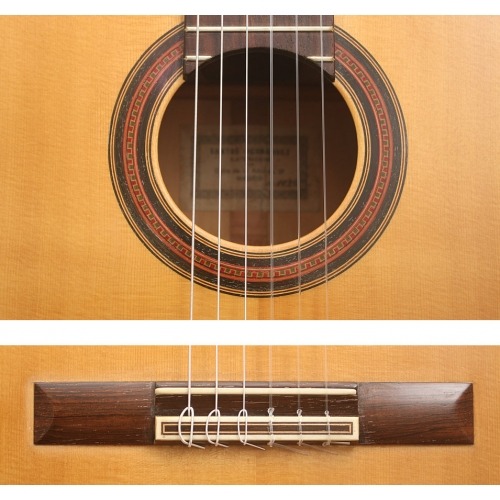 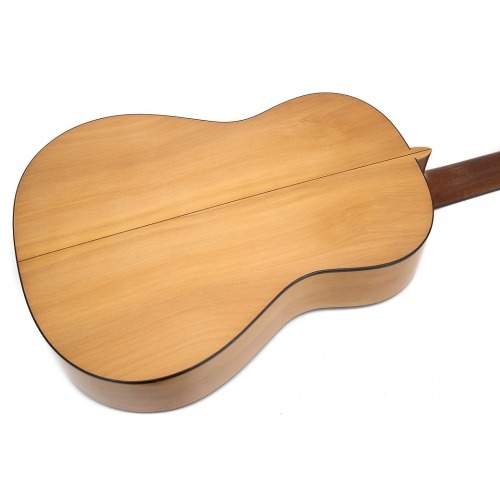 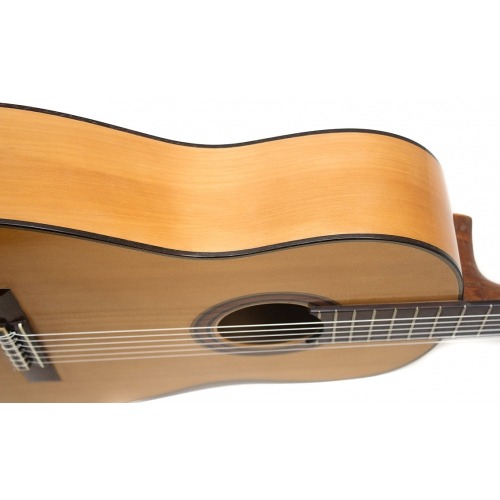 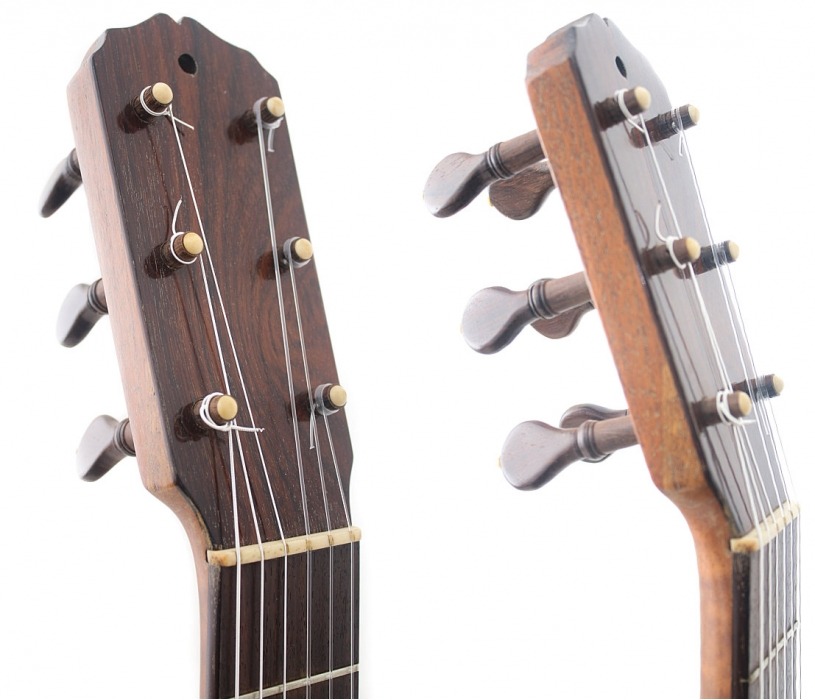 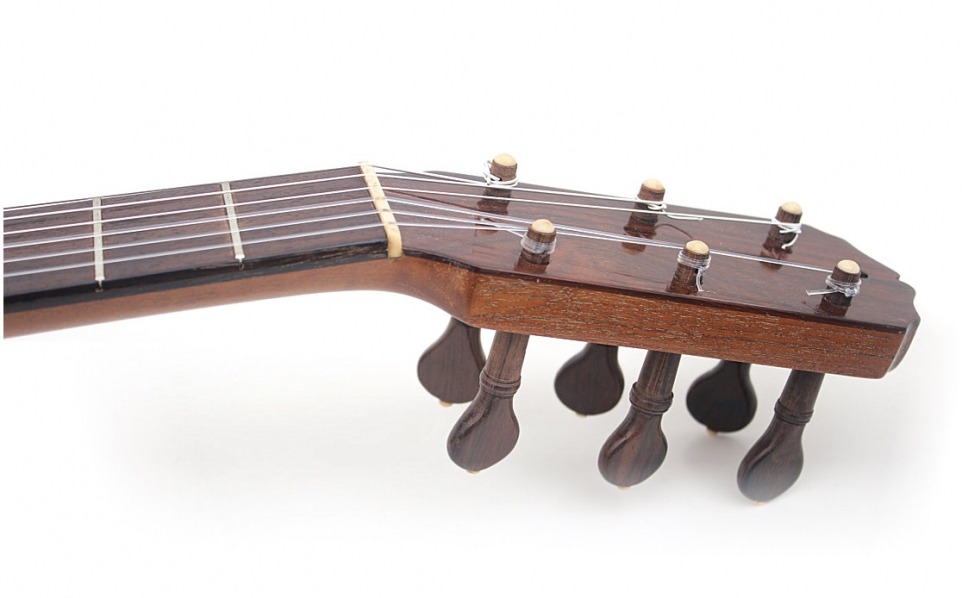 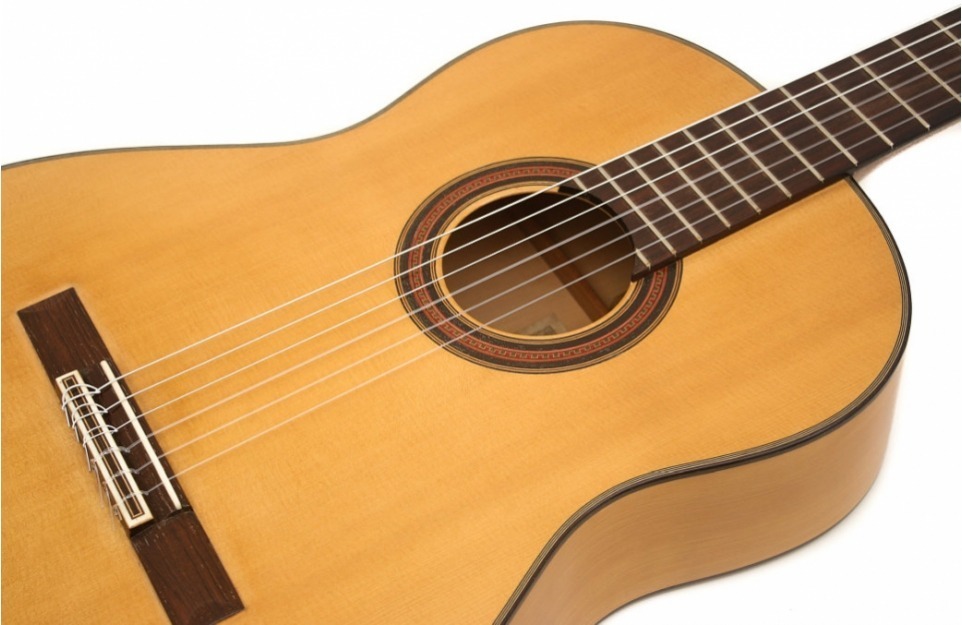 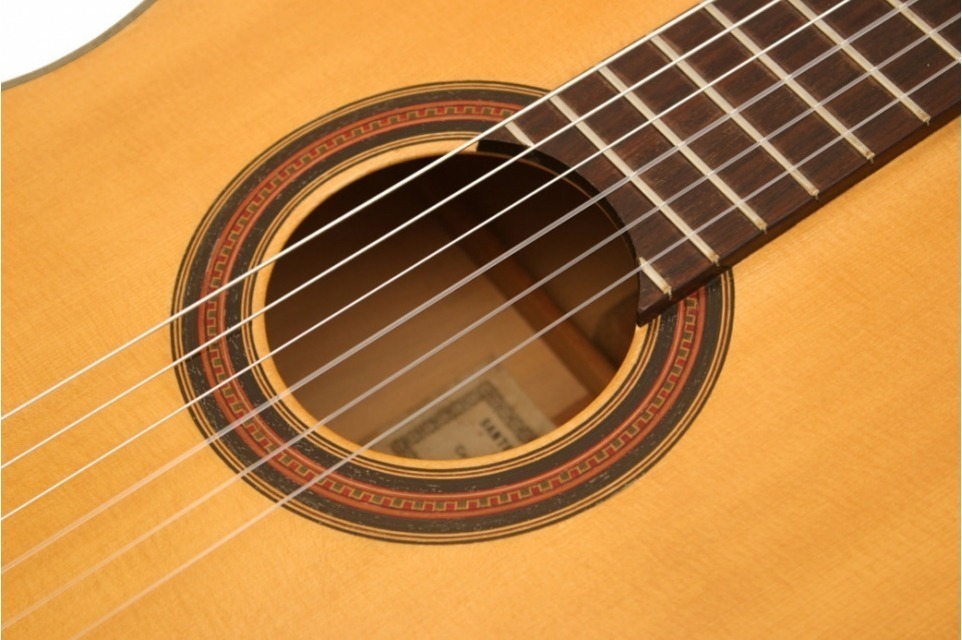 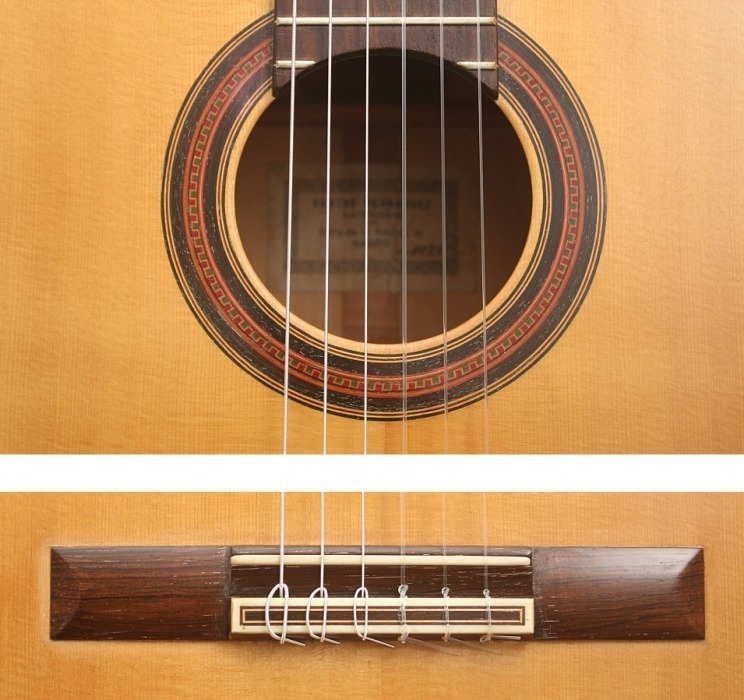 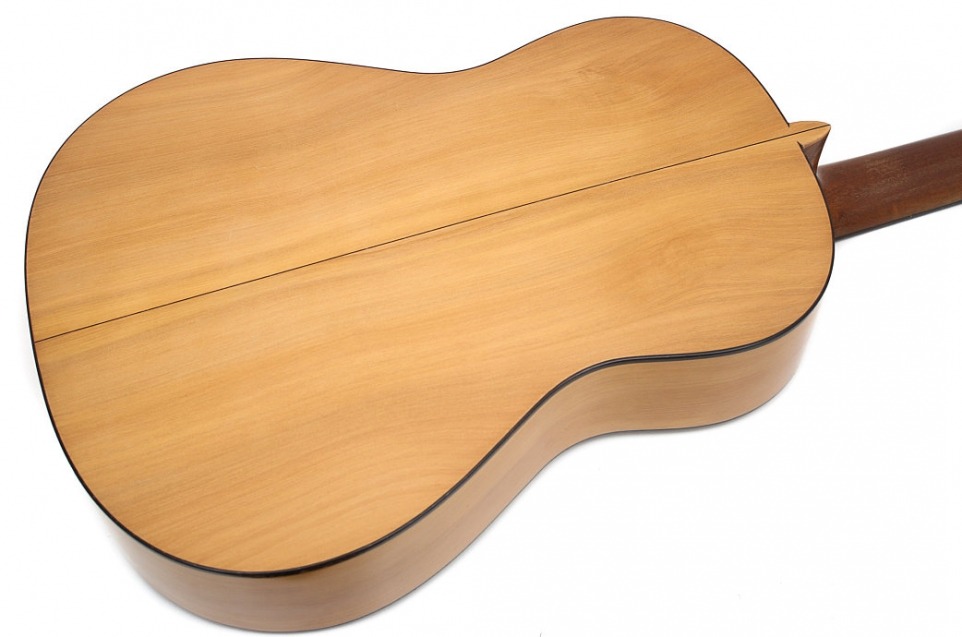 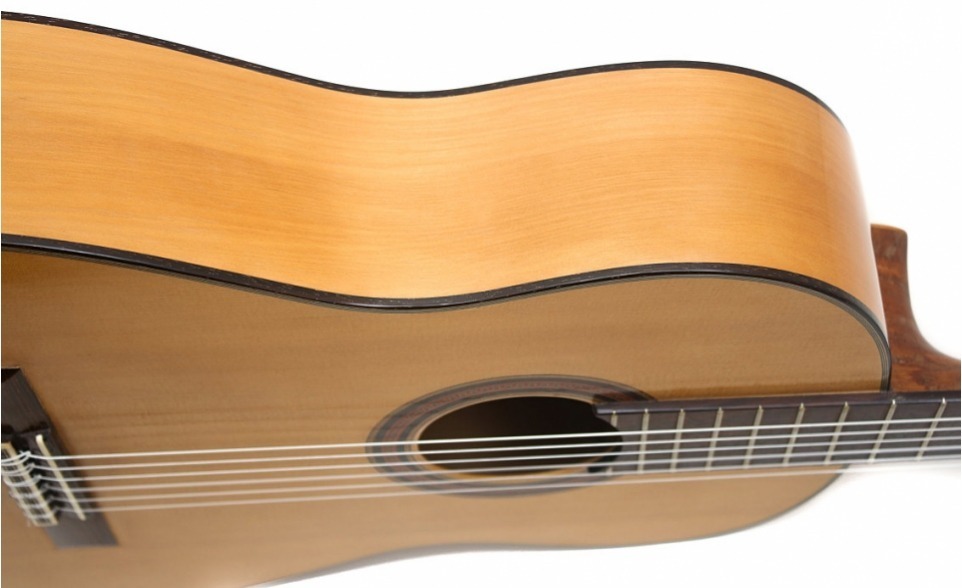 Original guitar by the legendary luthier Santos Hernández (1874-1943), who together with Antonio de Torres and Hermann Hauser I make up the cast of legendary makers who have written some of the most glorious pages of the Spanish guitar.

Santos Hernández acquired renown and worldwide reputation when it was known that he was luthier who made the Manuel Ramirez guitar of 1912, which was owned by Andrés Segovia.

Santos Hernández is undoubtedly one of the greatest Spanish luthiers of the twentieth century. This craftsman from Madrid also made the guitar of Regino Sáez de la Maza with which the guitarist from Burgos premiered the Concierto de Aranjuez by Joaquín Rodrigo at the Palau de la Música in Barcelona on November 9, 1940.

In 1921, the luthier from Madrid stopped working in Manuel Ramírez workshop and opened his own workshop in street "Calle de la Aduana, 27" in Madrid. This workshop was the meeting point of the world of the guitar from Madrid in the 20s and 30s through a social gathering attended by many classical guitarists such as Miguel Llobet, Andrés Segovia and Daniel Fortea, and flamenco guitarists like Ramón Montoya, Sabicas or Luis Molina, as well as multiple fans and musicians.

In particular, this guitar from 1922 is made of German spruce for the top and excellent Spanish cypress for back and sides. It is in an extraordinary state of preservation. It is almost impossible to find a guitar of this antiquity in such good condition. The guitar retains all its original parts and has not been subjected to any repair or restoration.

Just by picking up this guitar, you feel the golden history of the guitar flowing between your hands. Its evocative sound, its tonal beauty and its depth, takes us back to another era, to a time where sound was everything and superfluous lacked meaning and place.

And how easy it is to play, and we wonder why, nowadays, guitars have evolved worse?
This guitar is played alone, it is comfortable, easy to play, light, with great sound, why are not guitars made now in the same way? ... it would be enough to replicate them ... but they would not be the same, Masters like Santos Hernández are no longer.