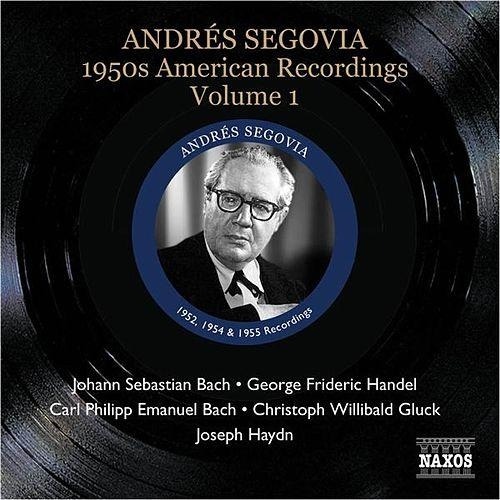 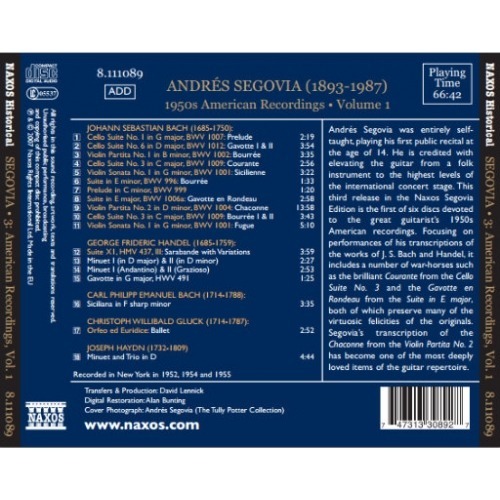 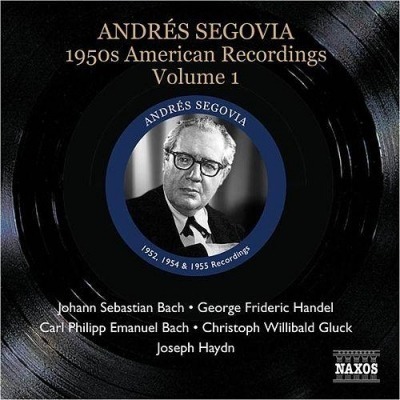 Andrés Segovia was entirely selftaught, playing his first public recital at the age of 14. He is credited with elevating the guitar from a folk instrument to the highest levels of the international concert stage. This third release in the Naxos Segovia Edition is the first of six discs devoted to the great guitarist’s 1950s American recordings. Focusing on performances of his transcriptions of the works of J. S. Bach and Handel, it includes a number of war-horses such as the brilliant Courante from the Cello Suite No. 3 and the Gavotte en Rondeau from the Suite in E major, both of which preserve many of the virtuosic felicities of the originals. Segovia’s transcription of the Chaconne from the Violin Partita No. 2 has become one of the most deeply loved items of the guitar repertoire.

All selections recorded in New York