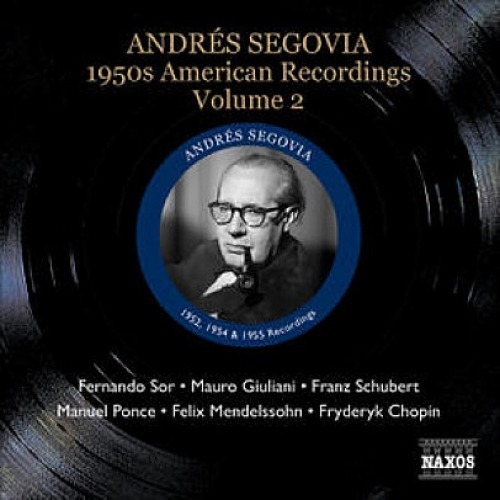 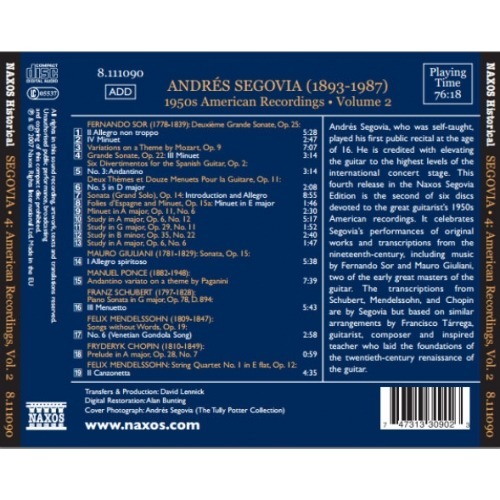 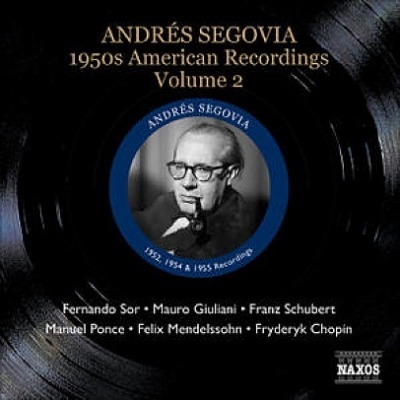 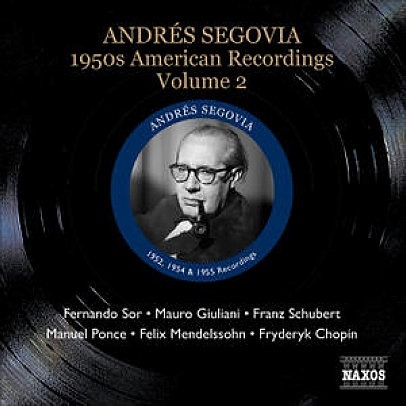 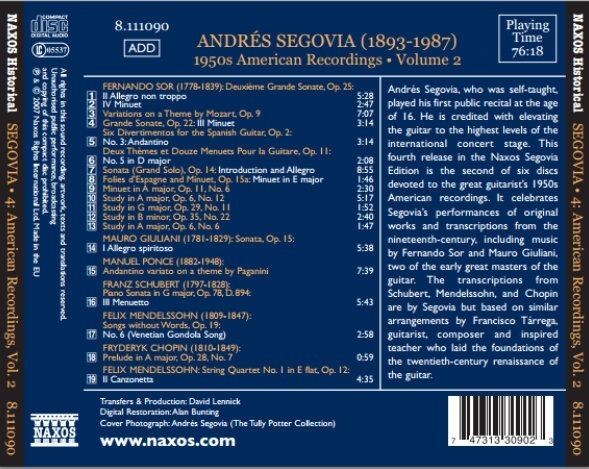 Andrés Segovia, who was self-taught, played his first public recital at the age of 16. He is credited with elevating the guitar to the highest levels of the international concert stage. This fourth release in the Naxos Segovia Edition is the second of six discs devoted to the great guitarist’s 1950s American recordings. It celebrates Segovia’s performances of original works and transcriptions from the nineteenth-century, including music by Fernando Sor and Mauro Giuliani, two of the early great masters of the guitar. The transcriptions from Schubert, Mendelssohn, and Chopin are by Segovia but based on similar arrangements by Francisco Tárrega, guitarist, composer and inspired teacher who laid the foundations of the twentieth-century renaissance of the guitar.

MANUEL PONCE: Andantino variato on a theme by Paganini

All selections recorded in New York
All arrangements by Andrés Segovia