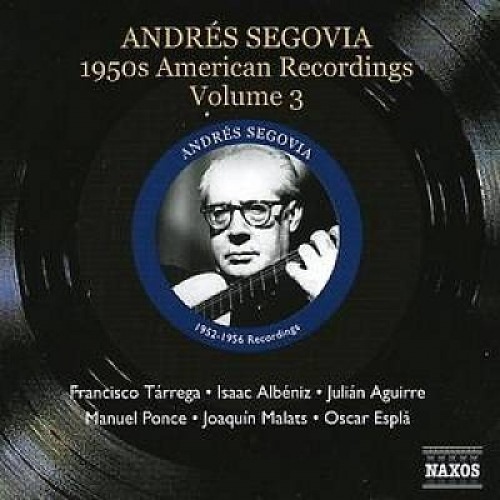 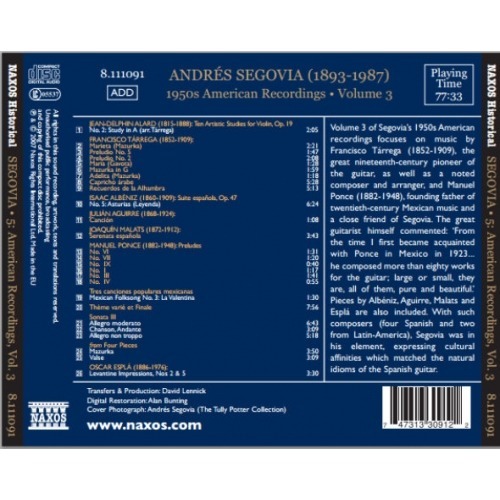 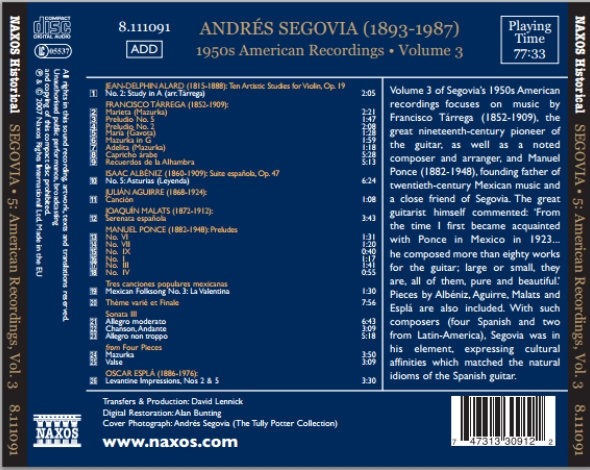 Volume 3 of Segovia’s 1950s American recordings focuses on music by Francisco Tárrega (1852-1909), the great nineteenth-century pioneer of the guitar, as well as a noted composer and arranger, and Manuel Ponce (1882-1948), founding father of twentieth-century Mexican music and a close friend of Segovia. The great guitarist himself commented: ‘From the time I first became acquainted with Ponce in Mexico in 1923... he composed more than eighty works for the guitar; large or small, they are, all of them, pure and beautiful.’ Pieces by Albéniz, Aguirre, Malats and Esplá are also included. With such composers (four Spanish and two from Latin-America), Segovia was in his element, expressing cultural affinities which matched the natural idioms of the Spanish guitar.

All selections recorded in New York