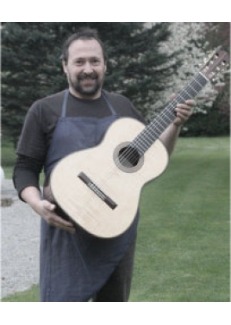 Legendary guitar making Dynasty dating back to 1854, with Josef Hauser, precursor of a history and a legacy that has produced some of the brightest moments in the modern history of the guitar.

A saga that still maintains a worldwide prestige and whose work continues attracting the admiration of the best guitarists and the respect of the greatest luthiers.

This history reaches one of its highest points and splendor with Hermann Hauser I (1882-1952), when Andres Segovia decides to change its 1912 Ramirez, who accompanied him from the beginning, by a 1937 Hauser guitar, guitar that accompanied most of his career until 1970 and currently it is still preserved today and can be seen at the Metropolitan Museum of Art in New York.

Hermann Hauser I, son of Josef Hauser, occupied a leading position among luthiers worldwide. He learned the art of building instruments in the workshop of his father until he took over the workshop.

Hermann Hauser I built a variety of different guitars, especially the models of Vienna and Munich models in all kinds of forms, but all with absolute perfection. Based on its special virtuosity Hermann Hauser developed, techniques and patented innovations for the construction of tops and joints of the body with the neck. The great Spanish masters Miguel Llobet and Andres Segovia discovered the art of Hauser guitars in the early 20th century and were seduced by its charms.

As did his father, Hermann Hauser II continued to work with the same meticulousness, perfection and dedication of his father. He incorporated advances techniques in construction and he also continued cultivating a close relationship and collaboration with top level guitarists, including Andres Segovia, Julian Bream and Django Reinhart, which contributed to an even greater improvement of his instruments.

Among his most famous guitars stresses that built in 1957 for Julian Bream and the guitarist played it for years and with which he recorded his famous album "The Art of Julian Bream".

Hermann Hauser III (1958) joined the workshop of his father at an early age and from 1974 began building his own guitars separately from those of his father, with his own name and signature, but keeping the same philosophy, "building only a few guitars so that you can vouch for each instrument, ensuring the highest level and maximum satisfaction of guitarists".

To achieve such a target, Hermann Hauser III has devoted much time to the study of ancient instruments and to the construction techniques, always looking to get better, an instrument already considered by many as the perfect guitar. But the secret of the sound of a Hauser guitar is not only in the technical work, but in the selection of special woods, many between 50 and 100 years old, but especially to the dedication, time and love for the profession.

Andres Segovia said that Hermann Hauser III guitars had an indescribably beautiful sound, and Pepe Romero called his Hauser "the classical guitar with the purest sound."

Today Kathrin Hauser, daughter of Hermann Hauser III, has been long working in the workshop of his father, and since several year ago she makes and signs her own guitars.

His great talent, love, knowledge and sensitivity has resulted in prodigious guitars. Some guitarists say she has a gift, and this gift is manifested in exquisite finesse, indescribably beautiful, with such a pure sound that penetrates to the soul. 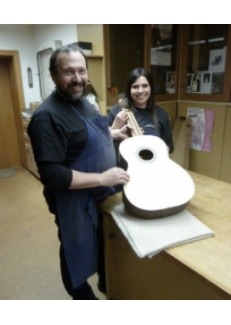 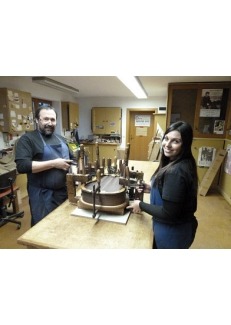 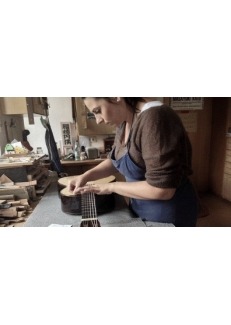