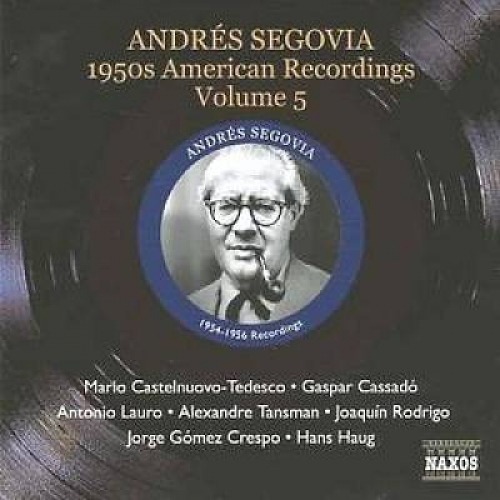 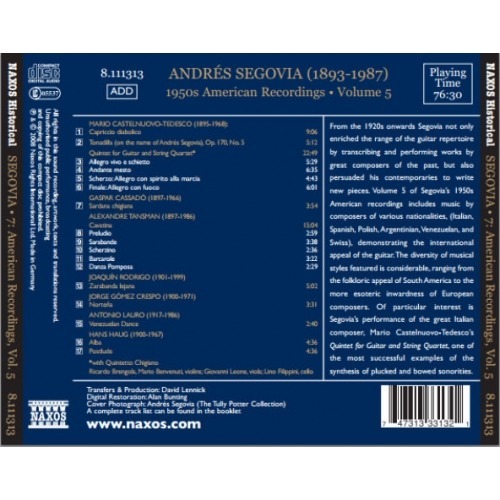 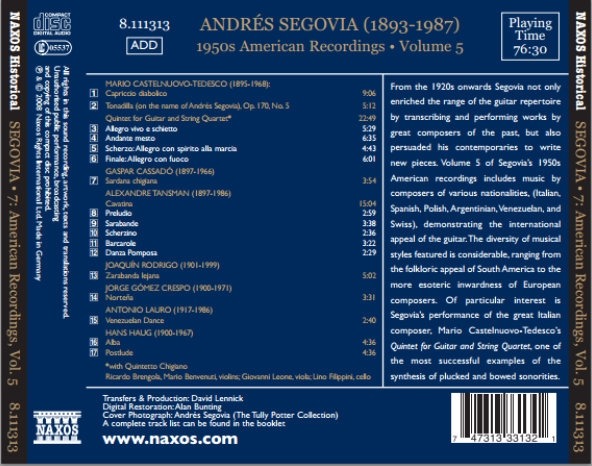 From the 1920s onwards Segovia not only enriched the range of the guitar repertoire by transcribing and performing works by great composers of the past, but also persuaded his contemporaries to write new pieces. Volume 5 of Segovia’s 1950s American recordings includes music by composers of various nationalities, (Italian, Spanish, Polish, Argentinian,Venezuelan, and Swiss), demonstrating the international appeal of the guitar.The diversity of musical styles featured is considerable, ranging from the folkloric appeal of South America to the more esoteric inwardness of European composers. Of particular interest is Segovia’s performance of the great Italian composer, Mario Castelnuovo-Tedesco’s Quintet for Guitar and String Quartet, one of the most successful examples of the synthesis of plucked and bowed sonorities.