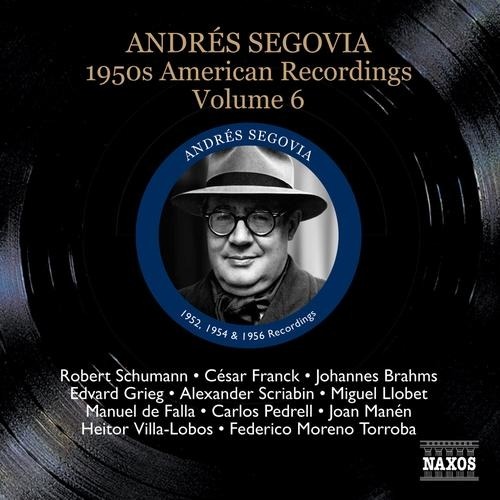 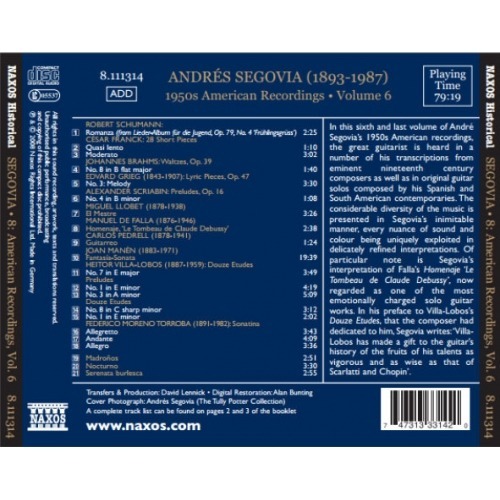 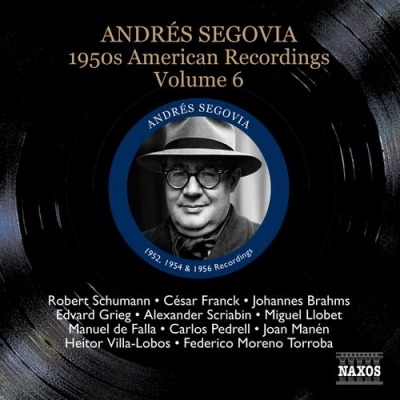 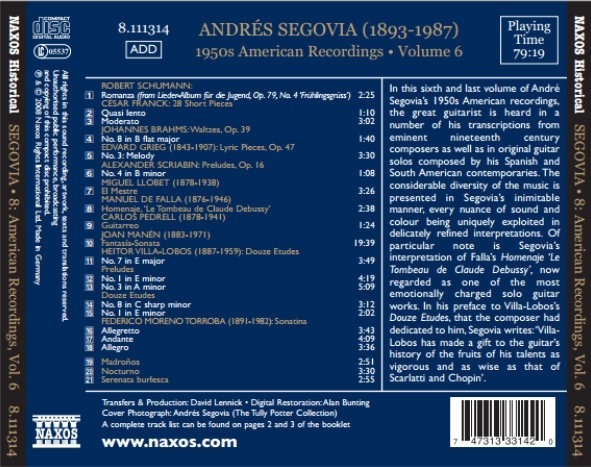 Armed with an expanding repertoire, Segovia’s international esteem rapidly increased, especially after his initial commercial recordings in 1927. In 1926 he performed in Russia and Britain, in 1927 in Scandinavia, in 1928 came his first tour of the United States, and in 1929 Segovia made his début in Japan. From then on Segovia’s guitar was heard in almost every country in the world. He continued touring until the age of 94, his last concert taking place in Miami, Florida on 4 April 1987. Andrés Segovia died at his home in Madrid two months later on 2 June 1987.
Segovia is heard here in a number of his transcriptions from eminent nineteenth century composers as well as original guitar solos from his contemporaries, Falla, Llobet, Manén, Pedrell, Moreno Torroba and Villa-Lobos. The considerable diversity of the music is presented in Segovia’s inimitable manner, every nuance of sound and colour being uniquely exploited in delicately refined interpretations.