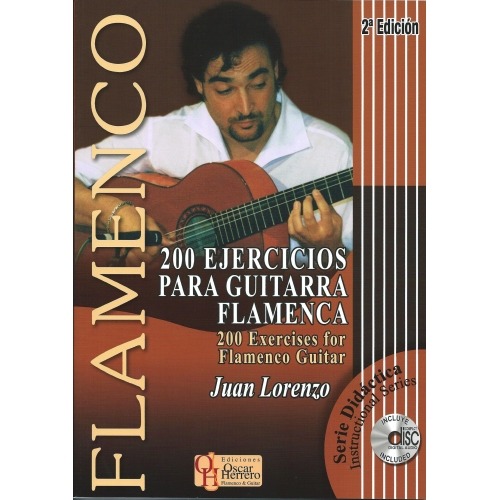 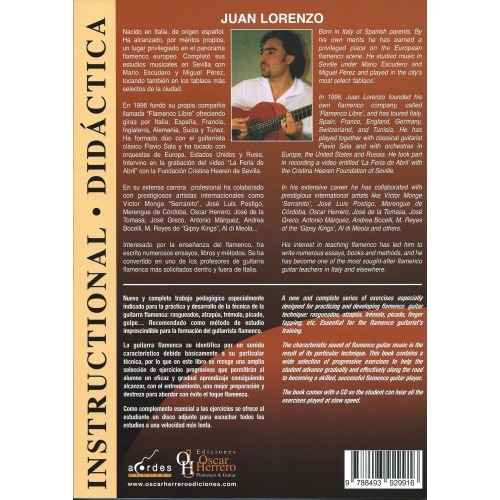 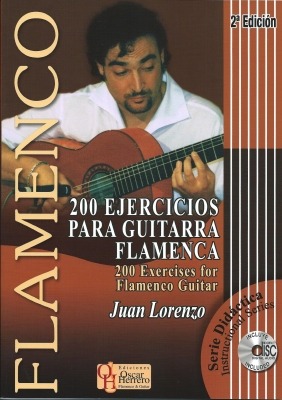 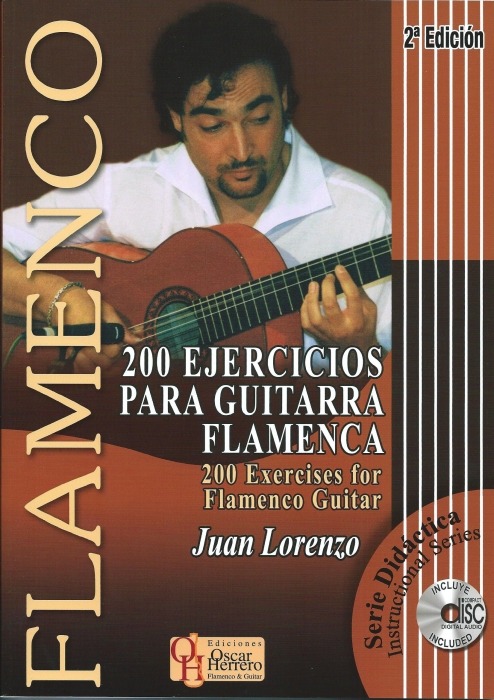 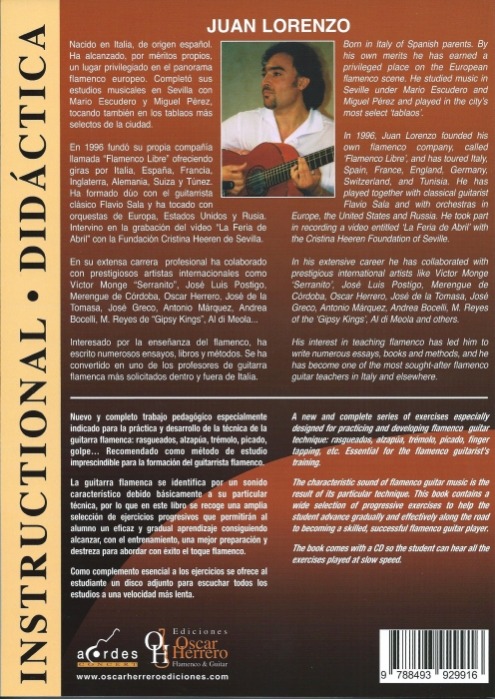 A new and complete series of exercises especially designed for practicing and developing flamenco guitar technique: rasgueados, alzapúa, tremolo, picado, finger tapping, etc. Essential for the flamenco guitarist's training. The characteristic sound of flamenco guitar music is the result of its particular technique. This book contains a wide selection of progressive exercises to help the student advance gradually and effectively along the road to becoming a skilled, successful flamenco guitar player. The book comes with a CD so the student can hear all the exercises played at slow speed.

Born in Italy of Spanish parents. A flamenco guitarist who by his own merits has earned a privileged place on the European flamenco scene. He studied music in Seville under Mario Escudero and Miguel Pérez and played in the city's most select tablaos. In twenty years of performing he has given over 2000 concerts, collaborating with some of the most prestigious international flamenco artists, such as guitarists José Luis Postigo, Víctor Monge ‘Serranito’, Manitas de Plata, Merengue de Córdoba and Oscar Herrero; singers José de la Tomasa, Carmen Sánchez, Felix de Lola and Javier Hidalgo; dancers José Greco, Antonio Márquez, Joaquín Grilo, El Junco, Juan Ortega, Joaquín Ruiz, Miguel Ángel Espino and Carmen Reina; and pop artists Andrea Bocelli, Mario Reyes of the Gipsy Kings, Jethro Tull, Tony Esposito, Gianni Morandi, Al di Meola and Pino Daniele. In 1996, Juan Lorenzo founded his own flamenco company, called Flamenco Libre, and performed in tours in Italy, Spain, France, England, Germany, Switzerland, the former Yugoslavia and Tunisia. He also performed as a soloist, in duos with classical guitarist Flavio Sala and with orchestras in Europe, the United States and Russia. The following year, he took part in recording a video entitled La Feria de Abril, promoted by one of the most famous flamenco institutions, the Cristina Heeren Foundation of Seville, and performed in a European tour. His interest in teaching flamenco has led him to write numerous essays, books and flamenco methods and made several recordings distributed in Europe, the United States and Japan, which has made him one of the most sought-after flamenco teachers in Italy and elsewhere. Juan Lorenzo plays guitars made by Conde Hermanos (Spain) and Camillo Perrella (Italy).