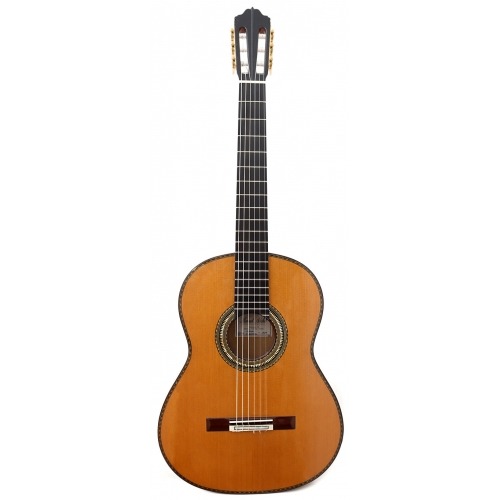 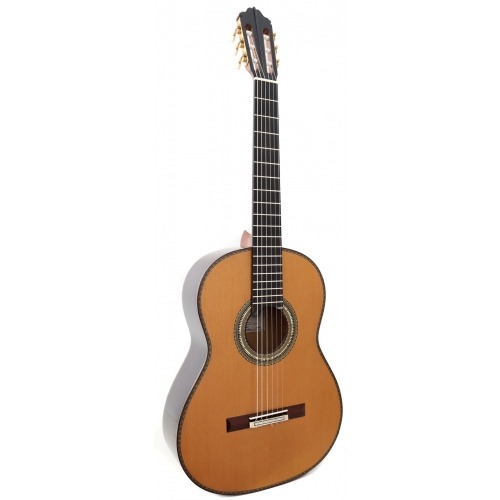 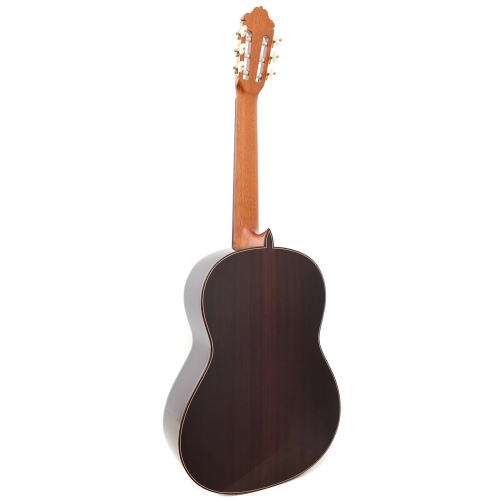 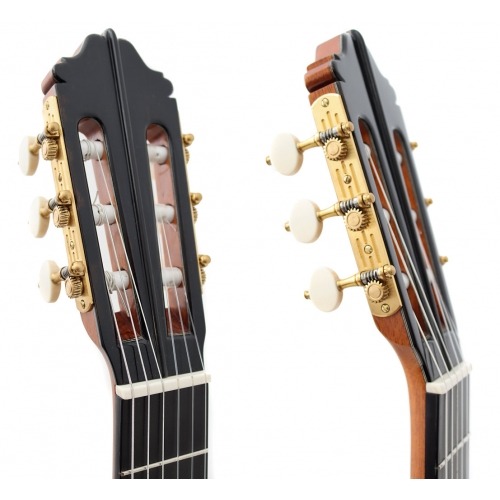 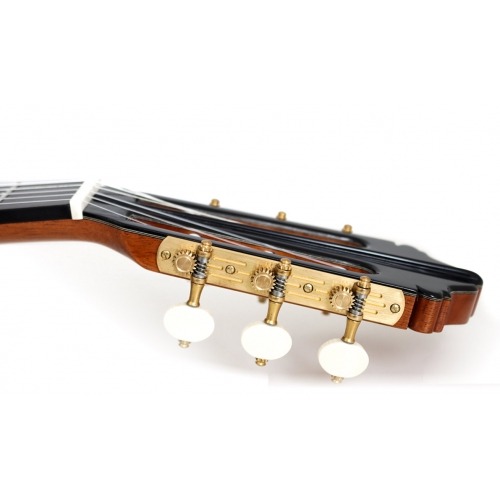 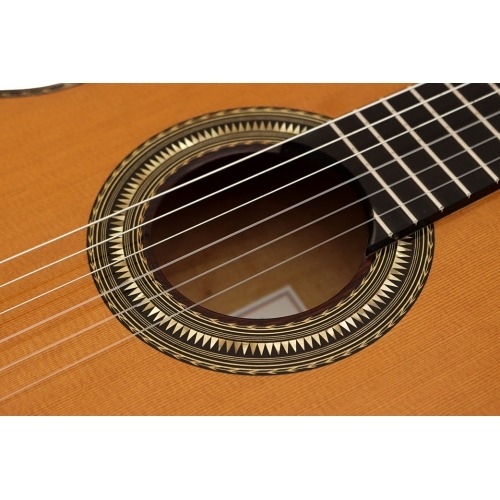 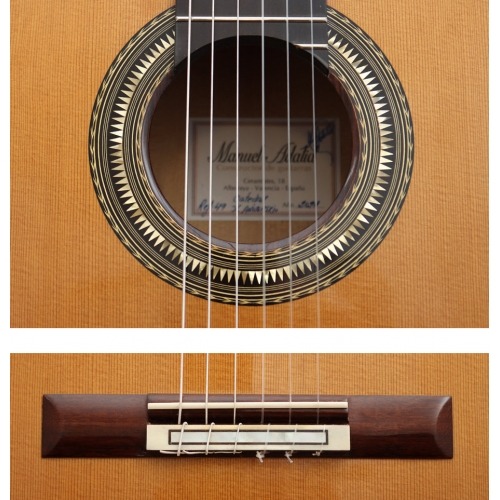 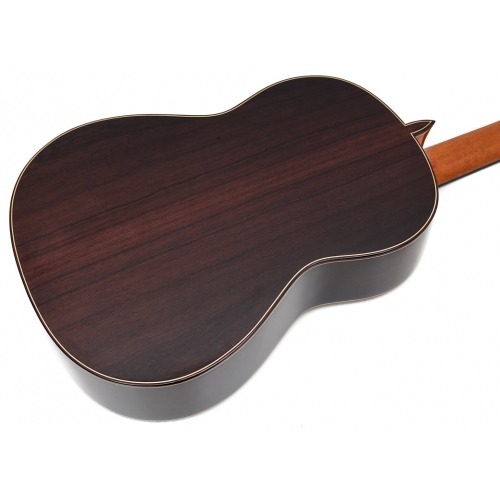 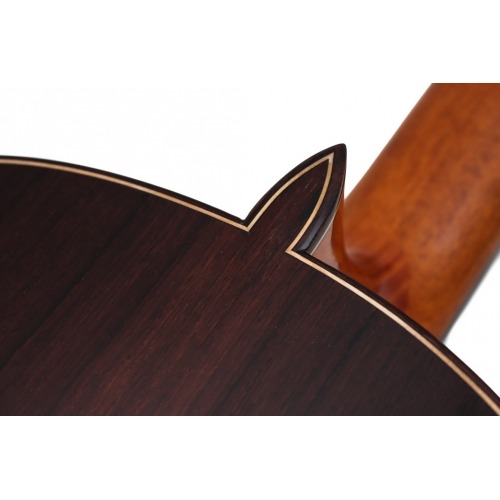 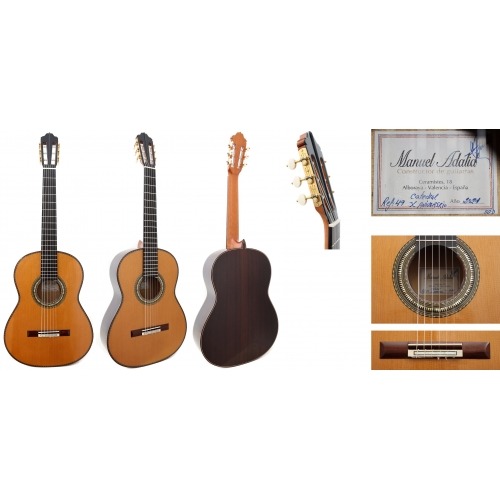 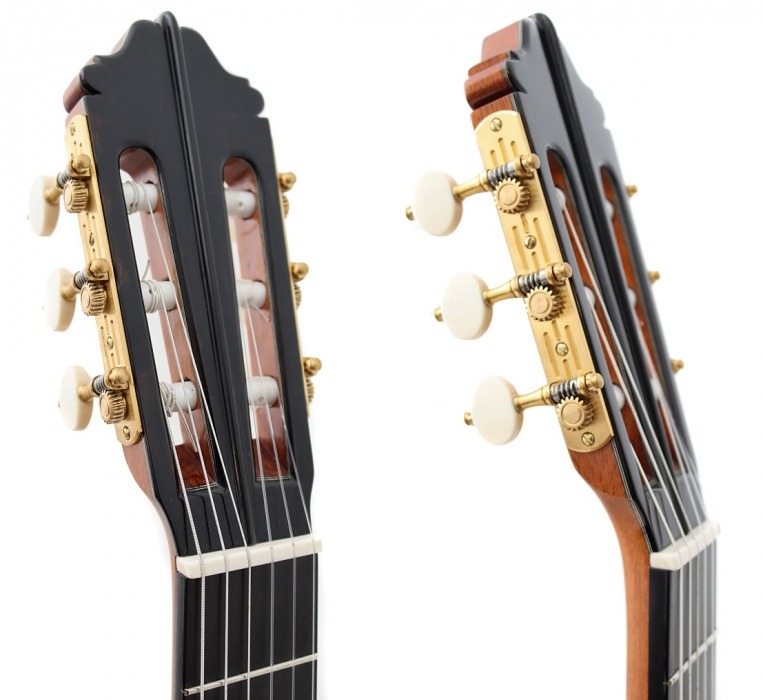 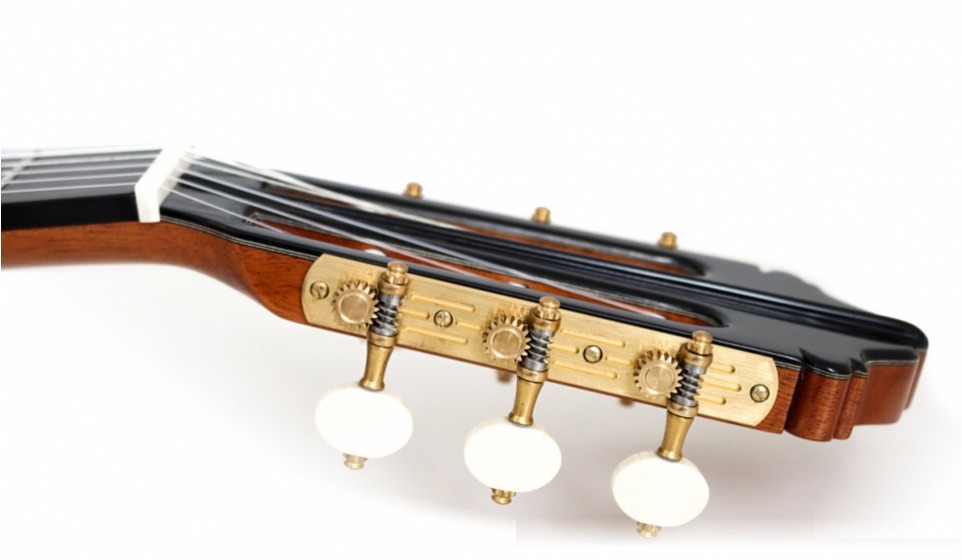 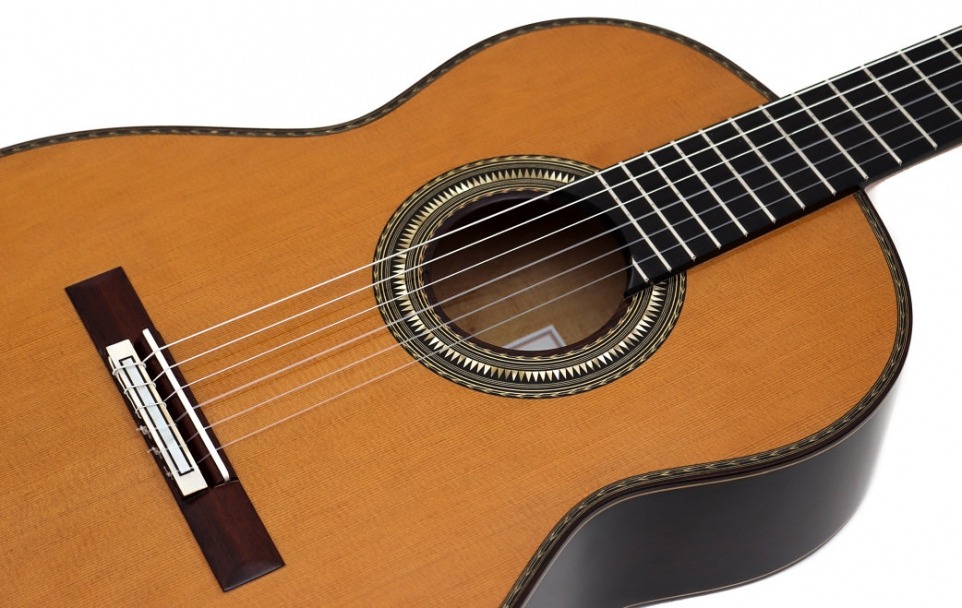 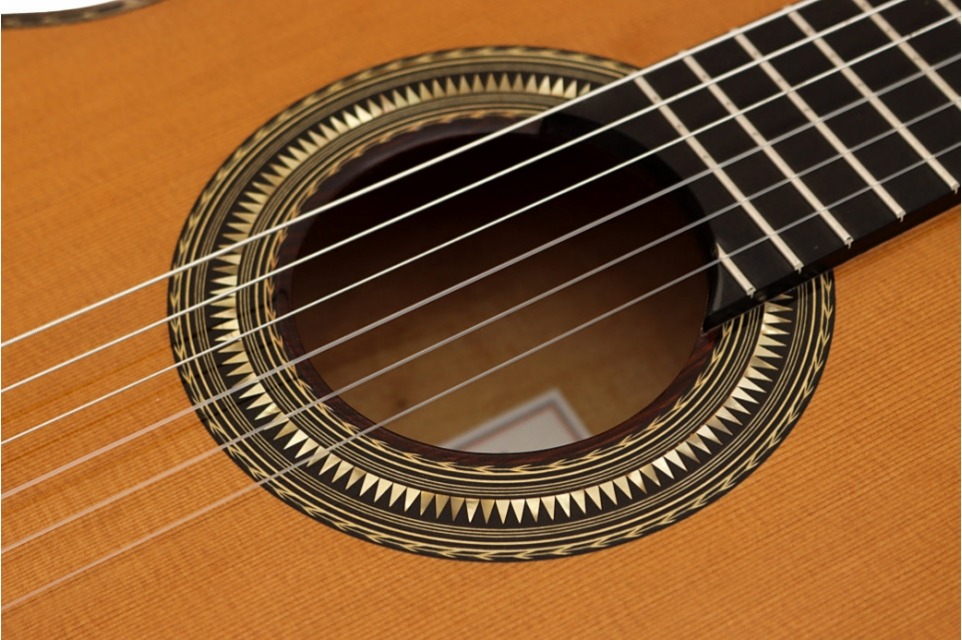 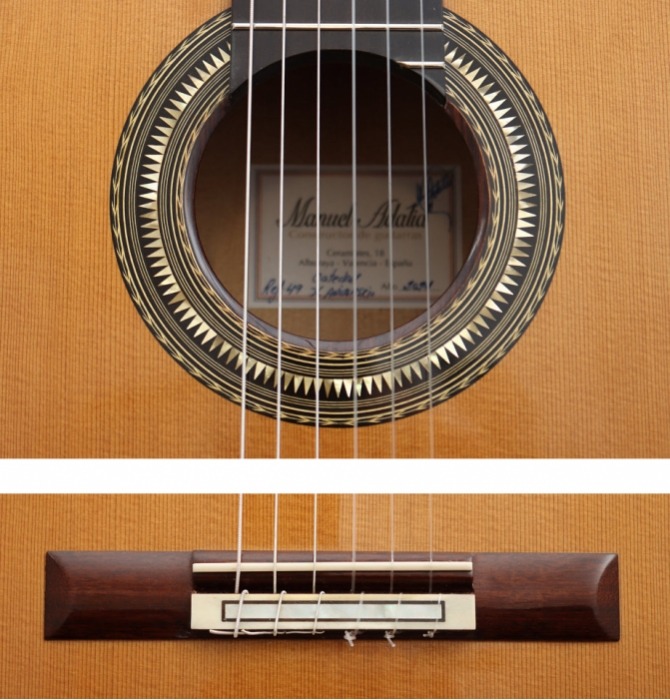 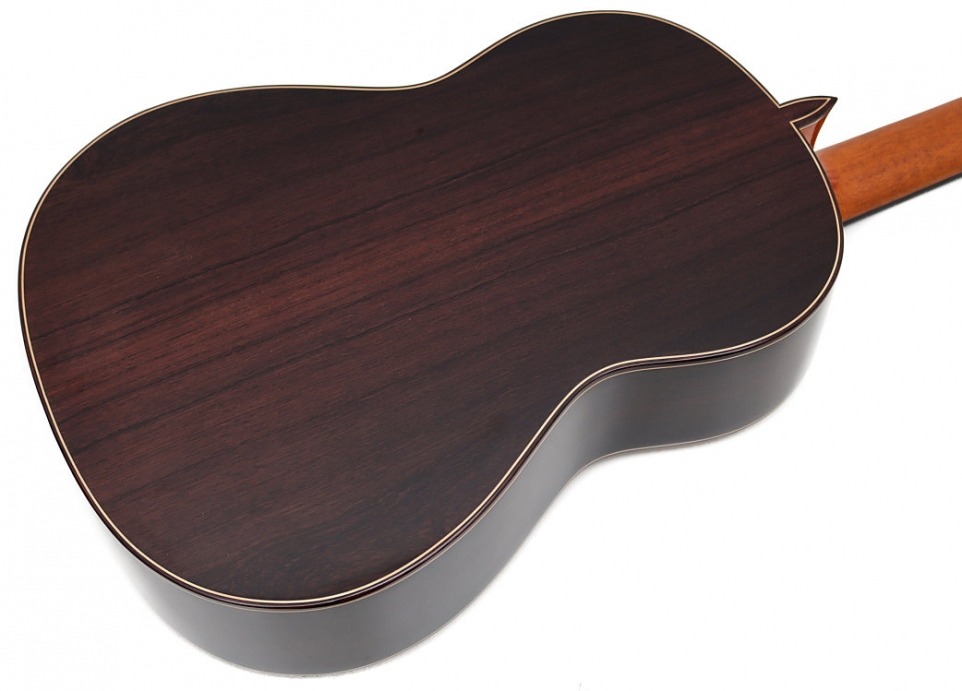 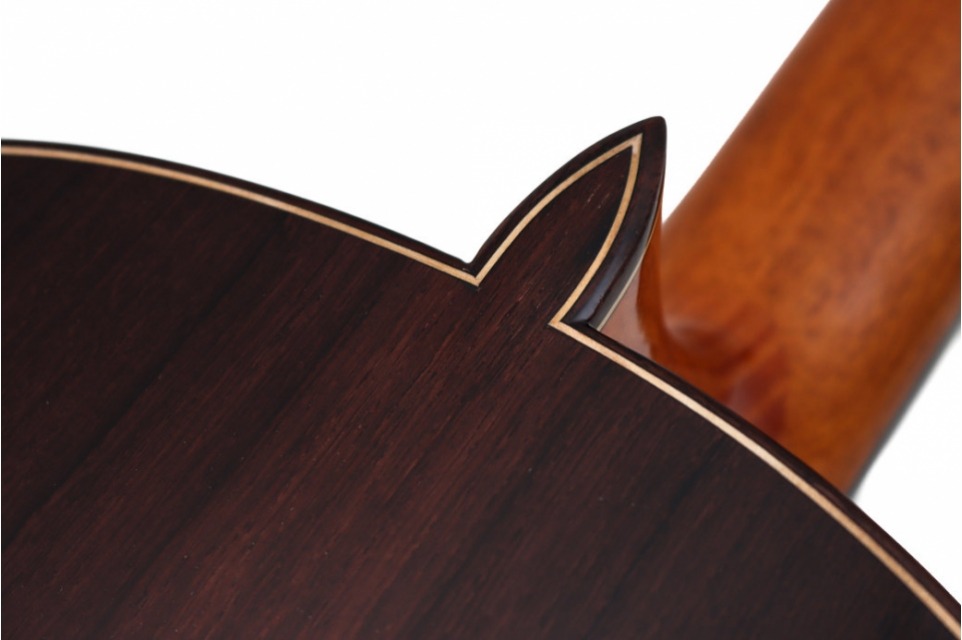 It is now 10 years since Manuel Adalid began to build his highest-end guitar "La Catedral".

This new "10th Anniversary Cathedral" commemorates those 10 years and in it Manuel Adalid has poured all his knowledge, experience and the demands of the guitarists who played with this model.

This new 10th Anniversary Cathedral is built with a double wooden top system that offers great benefits in terms of projection and sound clarity. It also has double sides and double back, which contributes significantly to increase projection.

The result is that this new guitar offers a very clear and clean sound with great strings separation. It also offers great sustain and an excellent richness of harmonics, which flow naturally and effortlessly.

In terms of power and projection, the traditional Catedral already offered excellent performance, but this new 10th Anniversary surpasses it.

Its sound is rich, clear and clean like few guitars, very well balanced, with a rich an colorful tone provided by the excellent Madagascar rosewood from sides and back, which enriches and embellishes it.

In the comfort section, this guitar is exactly as comfortable as the traditional Cathedral, which already stood out notably in this regard.

And what about its impressive and beautiful rosette, which stately presiding over the guitar is a prelude to its performance.

In short, Manuel Adalid has once again surpassed himself, he has created a new model, a new exceptional guitar that stands out for the clarity, cleanliness and freshness of its sound.