Since the middle of last year was constituted Madrid Guitar Orchestra directed by the renowned master Masayuki Takagi and sponsored by Guitarras de Luthier, the guitar group has exceeded all targets, even offering his first concerts a few months after his creation.

Now as virtually celebrates its first anniversary, we can say that the orchestra is a consolidated group and is proud to have performed several concerts in Madrid, Buitrago de Lozoya and Siguenza with great success of audiences and critics.

So, if you like the guitar and you want to have fun with a new and enthusiastic guitar group, come and see us, call us or write us and you will be invited to a rehearsal, you'll enjoy it: 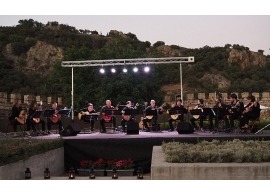 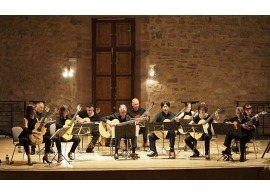 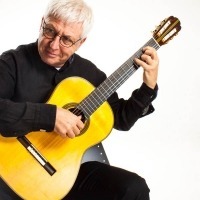