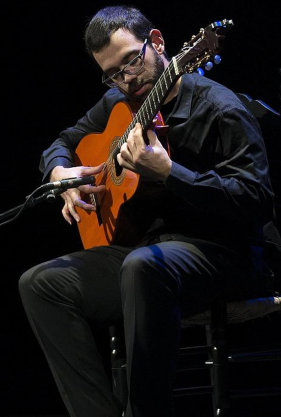 The flamenco guitar has undergone in the last 30 years a total renovation, in which traditional forms of playability have been influenced by the most varied currents and styles.

The initiator of this revolution was the great Paco de Lucia, but soon followed by other guitarists who continued this adventure, leading to unexpected musical territory. Javier Conde (Cáceres 1988), begins a brand new generation of guitarists who comes in scene.

The young virtuoso became known as a child prodigy of the flamenco guitar. Formed from four years with his father, guitarist José Antonio Conde and later with Andres Batista.

He began acting with only six years and has won numerous first prizes, among which, "YOUTH VALUES OF FLAMENCO GUITAR" organized by the Peña Flamenca Kestrels (Jerez de la Frontera), "ATENEO DE CORDOBA", "CITY JAÉN, "and the most precious" Bordón Minero 2004 "Festival del Cante de las Minas (La Union (Murcia), being considered the youngest performer to obtain it in the history of the festival. And in 2013 at the hands of Maestro Fosforito granted the National Critics Award Flamenca "MIGUEL ACAL".

He has participated in shows of Gerardo Núñez "SABICAS" and "RESTROSPECTIVE" and with the dancer Carmen Cortés "WOMEN LORCA" and in 2015 in the play "FLAMENCO INDIA" famous film Director Carlos Saura.

He has 4 Cds:"TRIBUTE TO GREAT FLAMENCO GUITAR" (2000), "LIVE FROM THE FESTIVE LYON DANCE" (2008), "THEMES ANDALUCES AND FLAMENCO" of master A. BATISTA (2014) "SABIKERANDO" (tribute to SABICAS, (2015) and has worked in a dozen recordings with artists from different musical genres. 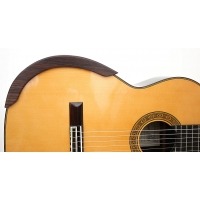